How To Talk About Politics Over the Holidays

We probably have all had the experience of getting into a fight about politics over the holidays. Maybe it’s that one relative or friend who likes to bring up the latest news cycle over Thanksgiving dinner. Like a slowly detonating bomb, before you know it, you’re red in the face, your gratitude has turned to anger, and your pleasant turkey coma has shifted to indigestion.

How can we have a productive conversation about politics over the holidays? Is that even possible?

I was listening to a podcast by the Minimalists the other day, and their guest said something I think is important. The Greek root of the word politics is polis, which means city or community. At its core, politics is basically about how to live in community with one another.

Whose Team Are You On?

Most of the time when we talk about politics, we are actually talking about partisanship. Whose team are you on? Are you liberal or conservative? Are you Republican or Democrat? What is terrible about the other side? What politician on the other side do you hate the most? And so on.

Most people stick to partisanship because they don’t know much about policy. For example, most of us don’t understand the details of our current tax plan, and we haven’t done much research about what specific policies would improve our country’s tax plan. So we stick to partisanship, and just repeat the talking points from our favorite news pundit. Both sides are doing the same thing, and the result (at least around the holidays) is often anger and indigestion.

The key, whenever someone brings up politics, is to immediately shift the conversation from partisanship to policy. For example, let’s say someone brings up how much they hate the new GOP tax plan. You might say something like, “Yeah, taxes is a complex policy issue, isn’t it? There’s a lot to discuss and figure out. What do you think are the key factors to a tax plan that is most fair to everyone?”

Or let’s say someone brings up how much they hate [Donald Trump, Hillary Clinton, whomever]. You might say something like, “Yeah, I get that politics brings up strong feelings. I think part of the reason this happens is that it’s tough to figure out how to best live in community with one another when we have important differences. I’m curious—what policy issues have you been thinking about lately that would improve our country and community?”

I can’t promise that shifting from partisanship to policy will improve your conversations about politics. Avoidance might still be the best strategy, at least for Thanksgiving dinner. But hey, when that one relative tries to go all FOX news on you (or MSNBC, depending on your perspective) in between mouthfuls of stuffing, it’s worth a shot. 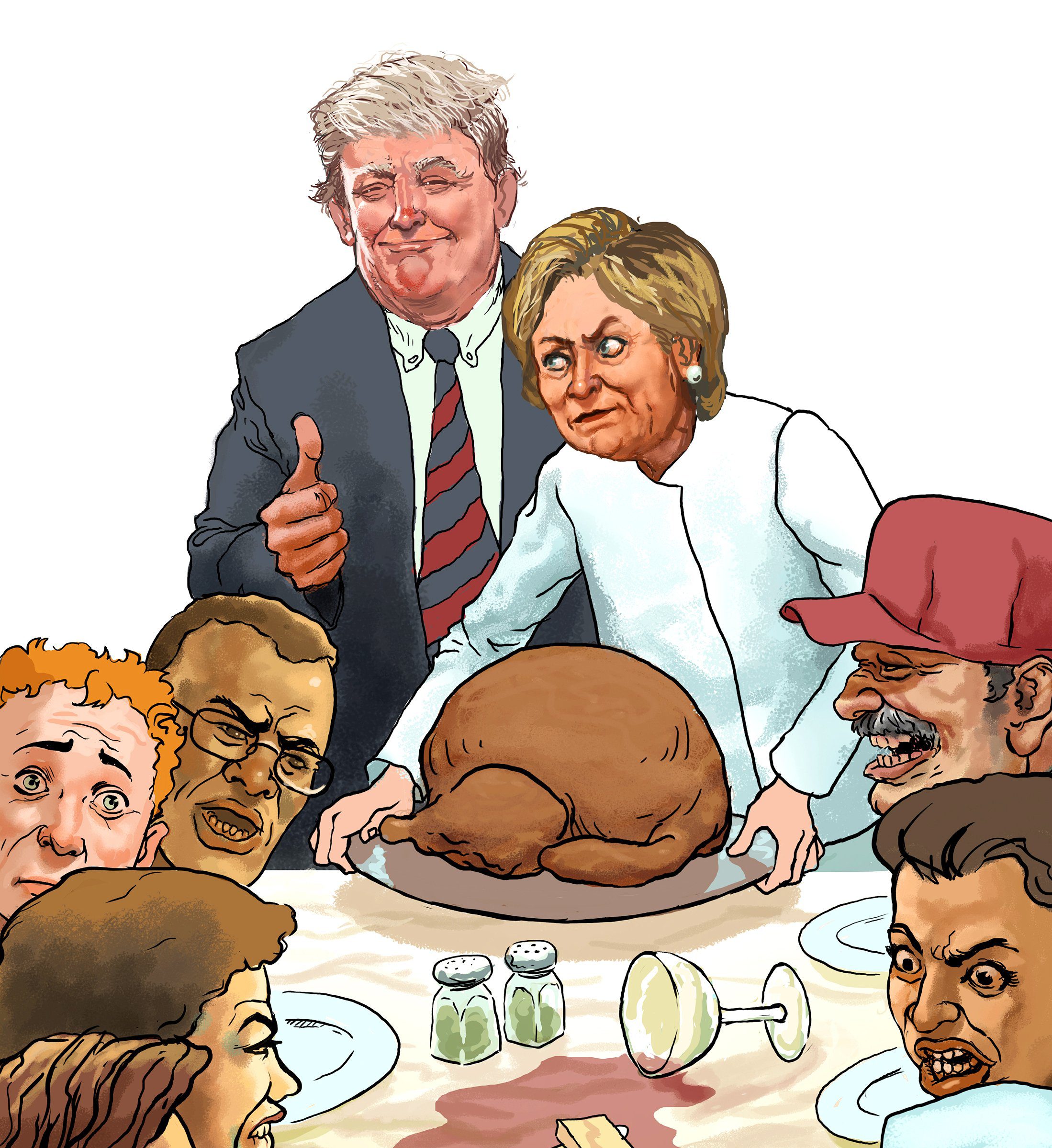