The Problem is Inside Us (But That’s a Good Thing)

This post is Part 2 in a 12-part blog series on humility and growth. (If you missed the first post, you can find it here.)

It is common to blame others or outside circumstances for our problems. You see this all the time in our culture today. It’s not my fault, it’s my parent’s fault. I’m not responsible for what happened to me, it’s [fill in the blank]. Sometimes we might even blame God for what happened to us. It’s everybody’s fault but our own.

Blaming Others Makes Us Feel Better

At a basic, foundational level, I think we do this blaming thing because it makes us feel better about ourselves. It’s difficult to take a long, hard, honest look at ourselves and admit we are to blame for our problems. It doesn’t feel very good. It hurts. It’s much easier to blame our problems on someone else. That way, we can jettison the blame for our issues, and maintain a positive outlook toward ourselves.

Humility guides us in a different direction. Humility requires us to take a long, hard, honest look at ourselves. There are no rose colored glasses when it comes to humility. Humility involves having an accurate view of ourselves, including fully acknowledging and owning our limitations.

A Father and His Son

I remember hearing a story about a father who was seeing a therapist for a problem he was having with his son. The son was grown-up, but he wasn’t taking responsibility for his own life. He was still living at home, he didn’t have a stable job, and he spent most of his time skiing and partying with his friends. The father viewed his son as the problem, and wanted help to get his son to grow up and be more responsible.

The therapist he was seeing thought about the situation for a while, and then said something surprising (at least to the father). The therapist said that the son didn’t actually seem like he had a problem. Instead, the father was the one with the problem.

The father was indignant. “I don’t have the problem,” he argued. “I have a stable job and provide for my family. My son is the one who won’t take responsibility for his own life.”

The therapist understood what the father was saying, but pointed out that right now, the son wasn’t sitting in the therapy room. The son wasn’t paying $150/hour to get help. The son was off in Utah skiing for the weekend with his friends. The son didn’t seem like he had a problem.

The father didn’t realize it at first, but he was actually the one with the problem. Over the course of therapy, the father realized that he had poor boundaries with his son. Because of his needs to avoid conflict, and for his family to look like they had their stuff together, the father had enabled his son to live an irresponsible lifestyle. The problem was actually inside the father, but he needed humility in order to see it.

Who Else Could Be Blamed For Your Problem?

Think about a problem you are dealing with in your life right now. Think about all the other people and outside circumstances that could be blamed for your problem. Take a few minutes and write them all down.

How is This Problem Inside You?

Next, think about yourself. Try to be humble, and acknowledge and own your part of the problem. What about you is causing or maintaining the problem in your life? Take a few minutes and journal about this.

The Counterintuitive Nature of Problems and Responsibility 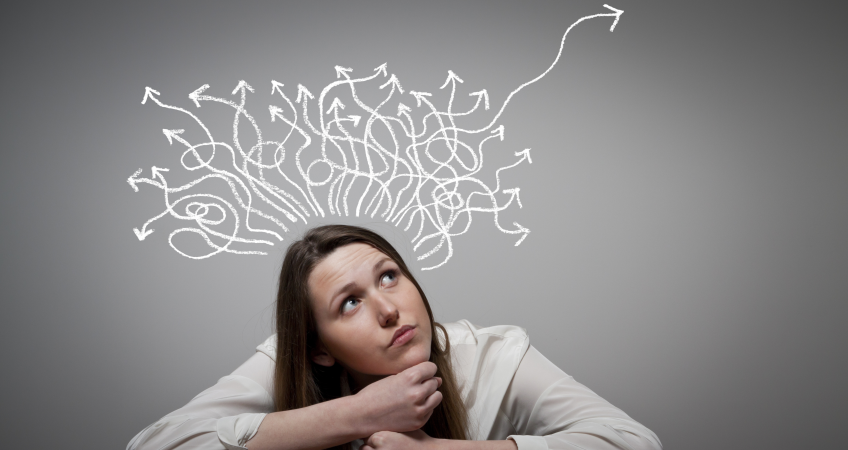