Have you ever been in a situation where you really wanted to make a change, but couldn’t seem to do it? This can be very frustrating. It seems like the motivation to make the change is there, but there is something under the surface that holds you back.

In situations like this, it can be helpful to ask yourself the following question: “What’s at risk?” In other words, if you were to be successful at making your change, what bad thing might happen?

If you’re like most people, the immediate answer might be: “Nothing!” After all, this is what you want to do. You’re motivated to make the change. You’re deeply in touch with the pain you experience from failing to make the change in your life. And you’re also connected with the benefits that will happen when you finally make the change.

If you’re open to it, however, there is usually another part of you lurking below the surface. You might not even be aware of this part. But something is holding you back. If nothing was holding you back, you would have made the change already. You wouldn’t be struggling.

Sometimes this struggle has to do with a bad thing that might happen if you were to be successful at making the change. Hence, the question: What’s at risk?

What’s at Risk from Having a Relationship?

Here’s an example from my own life: For a long time, I wanted to get married and have a family. This was a big goal of mine, and I had it out in front of me. I was tuned into the pain I experienced from not being married (e.g., loneliness, struggles with dating), and I was also connected with the benefits I would receive from making the change (e.g., having a best friend, partner, lover, etc.).

But something was holding me back. I would date women, but I always found a reason not to pursue them. Sometimes I would focus on tiny flaws or imperfections, or even do something to sabotage the success of the relationship. Something was going on underneath the surface.

This was actually a big risk for me, but it was operating underneath the surface, outside of my awareness. Because I wasn’t acknowledging the risk and giving the risk a fair look, it was actually quite powerful. Every time I got close to my goal, the risk derailed me and ruined any chance I had of building a successful relationship.

The Ability to Make Conscious Choices

Those were my risks. Now that I was aware of the risks, the all-important question was this: Given the risk, did I want to move forward into relationship anyways? For me, the answer was yes. But it’s an important question that each person must answer for themselves.

Discussion: What is something you are struggling with in your life right now? Spend some time thinking and journaling about the question: What’s at risk? What bad thing might happen if you were to actually move forward toward your goal? If your immediate response is “Nothing!,” stick with it for a while. For example, maybe if you moved forward toward your goal, you wouldn’t have an excuse if you failed. Get conscious of the risk associated with making the desired change in your life. When you get conscious of your risk, you are more likely to make a fully informed decision about your life and what you want to do. 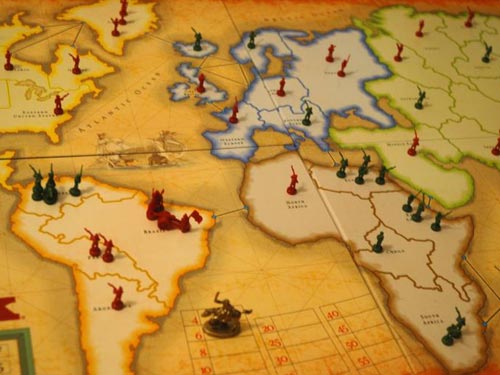