What Are You Willing to Suffer For?

When trying to figure out a direction for your life and career, people often ask themselves questions such as “What is my passion?” or “What am I most interested in?” You might be asking yourself some of these questions right now.

If you really want to be successful in life, this is the wrong question to ask.

Here’s why: If you want to be excellent at any field, it takes A LOT of hard work. Much of this work isn’t very fun. It often requires long hours, getting up early, working late, struggling at the edge of your abilities, and working through roadblocks and failures.

Passion and interest are nice, but at the end of the day, they aren’t enough. A better question to ask yourself is this: “What are you willing to suffer for?”

Getting to the Top Requires Suffering

Getting to the top requires suffering. Pete Maravich, one of the greatest basketball players of all time, worked on his shot from morning until night. He was usually the last one to leave the gym. Ted Williams, one of the greatest baseball players of all time, did batting practice until his hands bled. Were they passionate or interested in what they did? Sure, but that wasn’t enough. The key was that they were willing to suffer. That’s why they reached the top of their field.

What are You Willing to Suffer For?

Not Willing to Suffer

Let me give you a couple of examples to make this idea more concrete. Several years ago, I visited a good friend of mine down in Mexico. He was doing some amazing work and ministry, and after visiting him, I felt motivated to learn Spanish. (I had taken Spanish in junior high and high school, but never really got to a point where I was fluent.) I was passionate and interested in Spanish, and I listened to Spanish CDs in my car for awhile. But I wasn’t willing to suffer for it. When learning Spanish got difficult or inconvenient, I would stop. I never really made any big steps to learn Spanish, like taking a class or living abroad. Because of this, my quest to learn Spanish fizzled out.

Here’s another example. Earlier in my life, I wanted to get in shape. I had been overweight growing up, and I wanted to change that and get in shape. I was passionate and interested in getting in shape, but here was the key difference: I was willing to suffer for it. It was difficult to get up every day and exercise, especially at the beginning when I couldn’t even run a mile without getting completely winded and having to stop and walk. It was hard to turn down drinking soda and eating dessert. The process of getting in shape wasn’t fun or enjoyable. But because I was willing to suffer for it, I persisted and ending up succeeding in my goal.

The next time you are struggling with the direction in your life, don’t worry too much about what you are passionate about or interested in. Passion and interest are nice to have, but when the rubber meets the road, they aren’t enough. The key question to ask is this: What are you willing to suffer for? If you’re willing to suffer, there’s a good chance you will succeed in your goal. It may take time, and there might be some roadblocks you have to work through. But you will get there. If you aren’t willing to suffer, however, chances are you won’t get very far. Find the area where you are willing to suffer, and success won’t be too far behind. 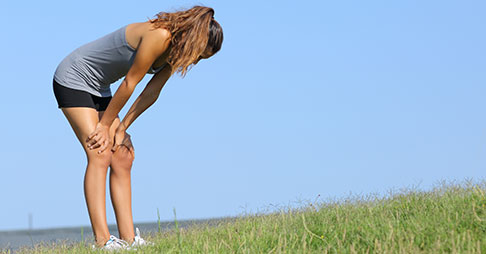