Make it a Game

I used to be really bad at typing. I was slow, and it seemed like I would make at least one mistake per sentence. It was frustrating and painful to write even a short assignment on the computer.

At some point, however, I got really good at typing. Not only did I type fast, but I was accurate, making very few mistakes. How did this happen?

The Role of Practice

Whenever someone makes an improvement on something, most people point to practice. And this was certainly true in my case. Practice and repetition played an important role. But it was deeper than that. I had typing classes, but I didn’t enjoy them very much, so I wasn’t very invested. Completing the exercises in “Mavis Beacon Teaches Typing” just wasn’t doing it for me.

Late in junior high, however, I started playing a computer game called “Gemstone.” It was an adventure-type game on the internet, where you picked a character and gained experience and skills by defeating various enemies. And it was all text-based. If I wanted to attack an enemy before they got me, I had to type out my command—accurately and quickly.

I was still practicing—but my energy and motivation was higher than ever before. It was also fun—I didn’t even realize I was practicing my typing.

Make it a Game

The take home message is that if you’re struggling to practice or improve something in your life, think about whether you can make it a game. Is there any way to add a competitive element to what you’re doing? This is also important when teaching kids how to do mundane tasks like brushing their teeth or cleaning their room. Make it a game and offer rewards/prizes for completing the task. Shift the focus from the boring task to the fun game, and they might not even realize they are improving their maturity and responsibility.

What is one thing you are trying to improve right now? How could you add a competitive element and make it a game? 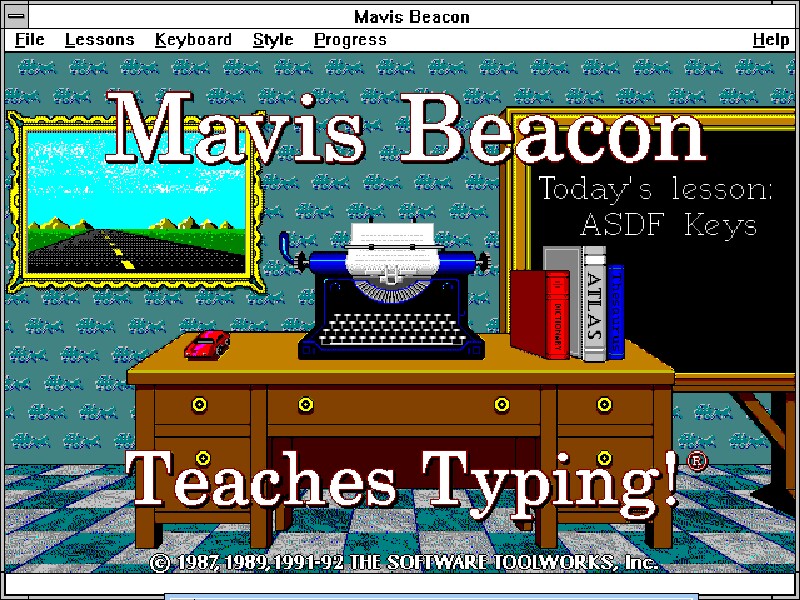