What Bad Agreements Are You Keeping?

This post is Part 1 in a 3-part series on agreements.

There’s nothing worse than making a bad agreement.

I still remember one of the first bad agreements I ever made. I was ten years old, and I was playing with my friend Ryan. We both loved collecting baseball cards, and we spent the day looking through our baseball card collections. I had a Frank Thomas rookie card, which was one of my favorites. Ryan wanted to trade for it.

I was hesitant. I didn’t really want to trade the card. But Ryan was insistent. He put together a package of cards that had the same value, according to our price guide. Finally, I agreed and made the trade.

Afterward, I was disappointed! I was filled with regret. I made a bad agreement, and now I had to live with the consequences of the agreement. It still causes some pain, twenty-five years later 🙂

I read an interesting book called “The Four Agreements” by Don Miguel Ruiz. The idea behind the book is that as young children, we are free. Young children do whatever they want to do. They are wild and free, unencumbered by the expectations of their parents or society. They are also completely in touch and present with their emotions. When they are sad, they cry. When they are angry, they yell and stomp their feet. When they are happy, they smile wide and radiate joy to the world.

But then something happens. Children learn their behavior has consequences. They learn certain behaviors are rewarded, and other behaviors are punished. Children also receive messages from others, such as their parents, siblings, teachers, and the church. Some of these messages are hurtful. As children, we often take on these hurtful messages as agreements. Young children don’t have the wisdom or strength necessary to decide whether to take messages on as agreements. It simply happens.

The Day the Music Stopped

Ruiz tells the heartbreaking story of a beautiful girl who loved to sing and jump. One day her mother had a pounding headache and was feeling ill. The girl continued to sing louder and louder, expressing her joy. Her mother’s headache became worse, and she finally exclaimed, “Shut up! You have an ugly voice. Can you just shut up!”

What Agreements Have You Made?

What agreements have you made, based on messages you received as a child? Perhaps you were told you couldn’t do anything right, or you didn’t have what it takes. Maybe you were told you were unlovable, or were a piece of trash. Perhaps the message wasn’t verbal, but you were the victim of abuse or neglect, and a very powerful message was communicated to you by those actions.

The first step to changing those agreements is awareness. You can’t change what you don’t understand.

Click here to read Part 2: How to Break Bad Agreements 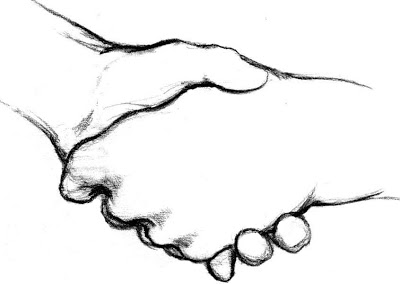