Run Hard After Your Purpose

At church the other day, we heard from a guest speaker, Ben Malcolmson, who is an assistant to Pete Carroll, coach of the Seattle Seahawks. Ben had an inspiring story, and the thread throughout the story was that he kept running hard after his purpose and didn’t give up.

Ben grew up in Dallas, and went to the University of Southern California for college. As a journalism major, Ben covered the USC college football team, which was ranked #1 in the country. During his last year, he wanted to write a story about the day in the life of a walk-on football player. To give himself a unique perspective for his story, Ben trained and tried out for the football team himself.

Ben hadn’t played football since 5thgrade, but incredibly he made the team as a walk-on. He didn’t get to play very much (he got on the field for exactly one play), but he felt deep in his heart that God had a purpose for him on the football team. He just didn’t know what it was.

Several things happened that shook his confidence about his purpose. He injured his shoulder and had to engage in a difficult rehabilitation process. He tried to start a bible study on the team—no one showed up. He tried to start a prayer group—no one showed up. For Christmas, he anonymously left a bible in every teammate’s locker—the next day the bibles were discarded on the floor like a piece of trash. A couple weeks later, one of his teammates died suddenly, and Ben had to deal with an overwhelming sense of grief. He believed God had a purpose for him, but it was difficult for Ben to understand what it was.

I think this feeling is something we can all relate to. We might trust that God has a purpose for our lives, but it sure would be nice if he would show us what that purpose might be. It’s tough to keep going when you don’t really know the point of everything.

Fast forward a few years, and Ben is living in Seattle, working for Pete Carroll and the Seahawks. He attended a Young Life training, and one of his old teammates was there. This teammate was a big partyer in college, and Ben was surprised to see him at a Young Life training. After talking with him a bit, he found out his teammate had turned his life around. And his story connected with Ben’s in an incredible way.

The day after Ben had placed a bible in everyone’s locker that Christmas, his teammate entered the locker room to find another teammate reading the bible, not knowing what it was. Ben’s teammate had grown up in church, even though he wasn’t serious about his faith during college. He found himself explaining the Bible and Jesus to the other teammate, telling him what he had learned growing up. The other teammate was really into it, and started to develop a relationship with Jesus.

That was the same teammate who died the next week.

That experience completely changed the life of Ben’s teammate, and he rededicated his life to God. And after hearing this story all these years later, Ben had a renewed sense of God’s purpose for him on his football team.

I’ve heard it said that life is understood backward but must be lived forward. Sometimes we don’t understand how everything fits together until several years later. The thing I loved about Ben’s story was that he didn’t get discouraged or quit after a couple of things didn’t work out. He kept running hard after his purpose.

In the same way, it can be hard to understand why we are here and what our purpose might be. It can be easy to get discouraged when things don’t work out. But you never know how God is working in your life. Keep running hard after your purpose and don’t quit. You never know when something you consider unimportant might be used in an incredible way. 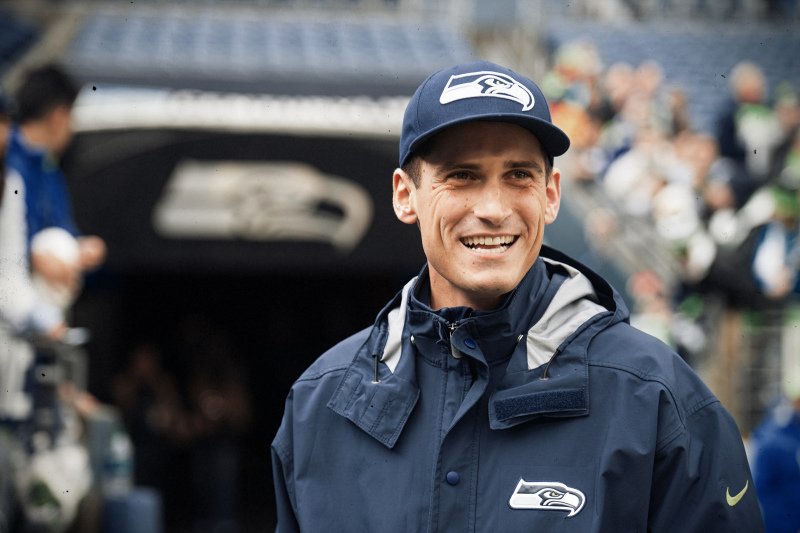