The Importance of an Energetic State

The other day, I watched the Tony Robbins documentary “I’m Not Your Guru.” I loved it. Admittedly, I’m one of those “self-help nerds” who is super-interested in how people make positive changes in their lives. In the documentary, you get an in-depth look at one of Tony’s week-long “Date with Destiny” seminars. You follow along with several of the attendees as they work to make changes in their lives.

One of the things that is intriguing about the seminar (and if I’m honest, it seems a bit silly at first) is that Tony and his team try to amp up the energy in the room so it’s off the charts. They hold the seminar in a large conference room at a hotel, but you would think it was a rock concert. The doors open, and 2,500 people rush in to find the best seats. Dance music is bumping and lights are flashing—if you didn’t know better, you might think you were at the club. This all goes on for a while, and then Tony runs on stage and starts yelling back and forth with the crowd. He basically acts like a hype man at a rap concert.

Again, at first this seemed a bit silly or artificial to me. Almost as if they were trying to “create” an experience in the attendees. But what was the point? Was it real? Did it actually do anything? What was its purpose?

As the documentary went on, you started to understand a bit more about what Tony is doing. The main point of the seminar wasn’t to “solve people’s problems.” Tony says he’s not your guru, some special person up on stage with all the answers. Instead, what Tony is trying to do is help attendees uncover and claim the power and energy that is already inside them. We all have this power and energy, but often it is beaten out of us by our upbringing, the social conventions we are forced to fit ourselves into, and the pain and trauma that comes along the way. Tony wants to set people free from all that, so they can move forward and create the lives they actually want.

The Power of Our Physical State

Tony believes our physical state plays a big role in that process. We don’t often think about the power of our physical state. When I counsel someone, for example, it’s usually a low-energy activity. We’re sitting across from one another in a room, and we pretty much stay stationary for 50 minutes. But our physical state can have a powerful effect on our energy level and how we feel.

This line of thinking impacts many of Tony’s decisions. For example, he starts his day by sitting in a chair, raising up his arms quickly (up and down, up and down), and breathing fast in and out of his nose. It looks silly, but go ahead and try it first thing in the morning. How many of us wake up in the morning tired and groggy? Try his morning routine for 2 minutes right when you get up, and you will jump-start your physical state.

Tony also goes for a dip in a ice-cold pool. Does he just like torturing himself? No, he’s trying to jump-start his physical state.

In the same way, at the seminar, Tony and his team are trying to help put the attendees in an upbeat, energetic physical state. Facing your deepest fears and claiming your power to positively impact your life isn’t easy. For some people, this is the first time they have been honest with themselves and others. They are trying to change deeply held patterns. To do that, they need to be on the top of their game. They need to be able to tap into all their resources. They need to be in a powerful and energetic state.

When we think about making positive changes in our lives, most of us think about things like changing our thoughts, feelings, and behaviors. These factors are important, but don’t forget the power of your physical state. 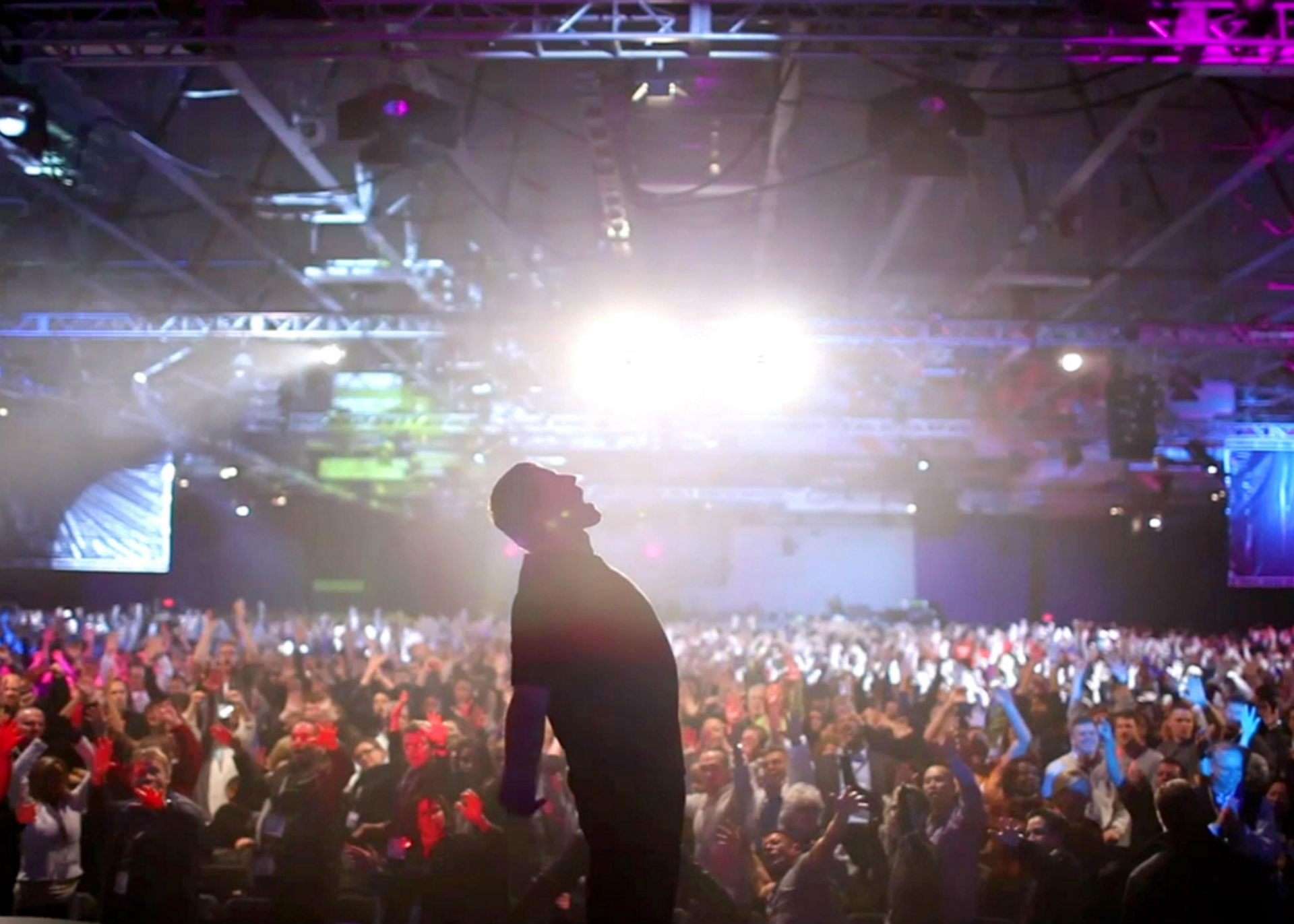