When Did a Dick Become a Bad Thing?

I was having dinner with a friend awhile back who said, “He’s such a dick.”

The comment was made in reference to a guy who was a complete jerk.

As the conversation went along, I started thinking about the ways in which we use language referring to sex or our bodies to describe something bad.

“That was fucked up.”

“I can’t stand that asshole.”

Discomfort With Bodies and Sex

How did your parents teach you about sex and your body when you were growing up? Did they say “penis” and “vagina?” Or did they use slang terms? If they used slang terms, how do you think those terms reflected their attitudes or (dis)comfort with sex?

For example, one man said his dad would scold him and say, “Stop playing with your ding-a-ling!” There was a woman whose parents wouldn’t even call her sexual body parts by a name. They were just referred to as “down there.” It’s easy to brush it off and not think about it, but everything has meaning.

Language Reflects and Creates Our Reality

Language doesn’t just reflect reality, but it also creates reality. Every time we speak, we are, in a sense, creating the world we live in. There is great power and responsibility in that.

So, the next time someone does something that reflects a great deal of strength or courage, I’m going to yell out, “Yes! You’re such a dick!”

I’m not certain it will catch on. But who knows?

What words do you use to describe sex or your body? How does your language reflect your underlying attitudes? What do you think about the power of language to change the world we live in? 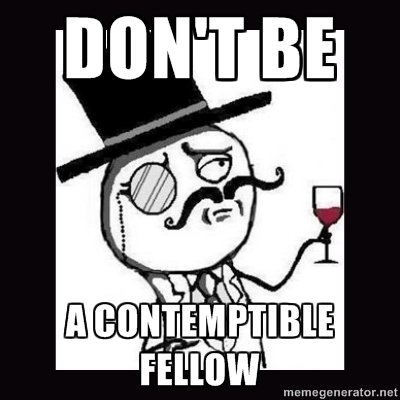