Go For the Win

My favorite runner is Steve Prefontaine. We even have the same birthday! Prefontaine was a star runner for the University of Oregon, and later competed at the 1972 Olympic Games in Munich, where he ran the 5000m (a little over three miles).

Prefontaine’s strategy for the 5000m gold medal race was to keep pace with another runner who was known to start races fast. He was hoping to draft the other runner for the first few laps, forcing the race to keep a fast pace but not expending as much energy as if he was leading the pack himself. The fast pace would wear out the other runners, and Prefontaine could pass the “rabbit” when he ran out of gas and win the gold medal.

The problem was the race didn’t go as planned. The other runner who normally went out fast didn’t, and the pace was on the slow side for the first few laps. A slow pace favored some of the other bigger/stronger runners, who could “kick” faster than Prefontaine at the end of the race, since they weren’t worn out (because of the slower pace of the race).

Prefontaine knew he was in trouble. If he let the pace stay slow, one of the bigger/stronger runners would probably outkick him at the end of the race. The only other option was to go out front and push the pace himself. This wasn’t a great option either, because he was likely to wear himself out being at the front of the pack.

Go for the Win

He ran out of gas at the end of the race. He fell back to third with 200m to go, and got passed again within 10m of the finish, ending up in fourth place, without a medal.

There’s no getting around it–this was incredibly disappointing for Prefontaine. However, when it was all said and done, Prefontaine went for the win, and you couldn’t take that away from him. Prefontaine was a runner who never left anything on the track. He gave his absolute best each and every race, which is part of reason he was so beloved as a runner.

In life, there are so many things we can’t control. So many things aren’t fair. Prefontaine and his team had what seemed like a great race strategy. But it didn’t work out. That’s a lot like life. All we have control over is our own actions. Resolve to be like Prefontaine and give your absolute best. Go for the win. Even if you fail, you can be proud that you gave your best effort. 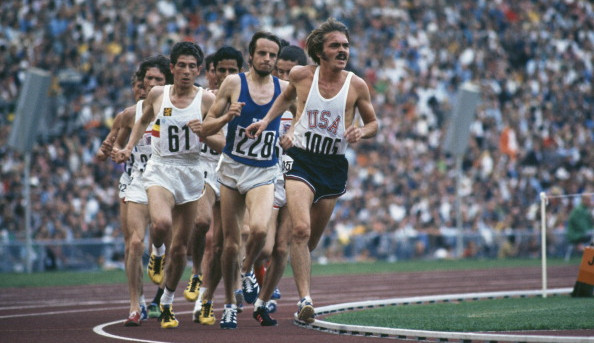