There’s a really interesting story in the book of Mark, where Jesus heals a blind man. Here’s what happened:

They came to Bethsaida, and some people brought a blind man and begged Jesus to touch him. He took the blind man by the hand and led him outside the village. When he had spit on the man’s eyes and put his hands on him, Jesus asked, “Do you see anything?”

He looked up and said, “I see people; they look like trees walking around.

Once more Jesus put his hands on the man’s eyes. Then his eyes were opened, his sight was restored, and he saw everything clearly. Jesus sent him home, saying, “Don’t even go into the village.” (Mark 8:22-26).

One of the things I think is interesting about this story is that healing the man took some time, even for Jesus. It wasn’t a one-time thing. There was a process. Jesus did some work, and the man made some progress, but he wasn’t fully healed yet. Then Jesus did some more work, and finally the man was fully healed.

I think a lot of times in life, we want a quick fix. We want to find a silver bullet, something that will solve our problem immediately. But this usually isn’t realistic. Most problems develop over a long period of time, and it takes a while to work them out. Don’t expect your problems to resolve right away. Put in the effort consistently over time, and work on them little by little. 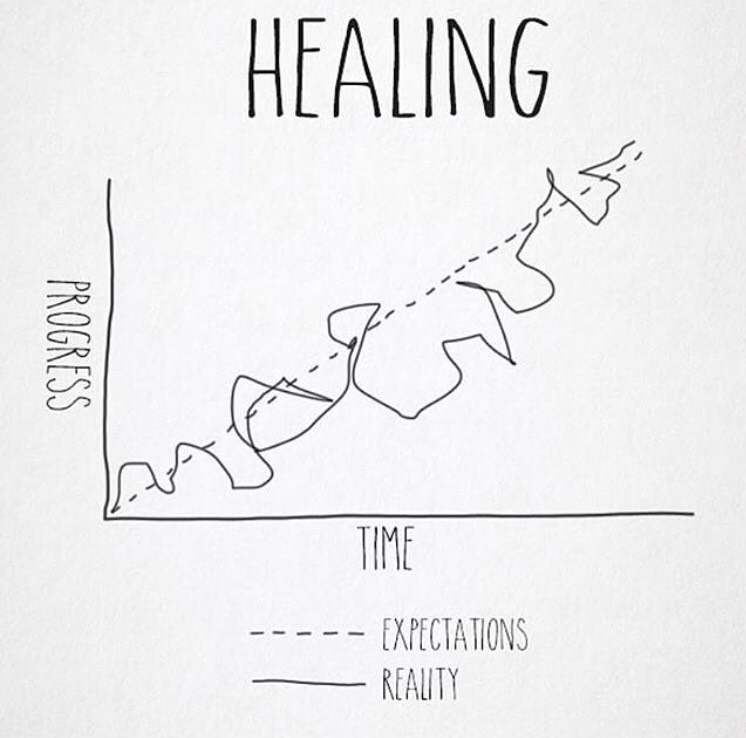