Pay Your Taxes and Move On

No one likes paying taxes. Everyone complains about paying their taxes each year. But the reality is you have to pay your taxes. It’s not really an option. If you want to live in a cooperative society, it’s just part of your reality. You can complain about it, and get upset about it, but it doesn’t change the fact that at the end of the day, you still have to pay your taxes.

Paying Taxes in Other Areas of Life

I was reading something by Ryan Holiday, and he applied the idea of paying your taxes to other aspects of life that are unpleasant. For example, this week was a rough one at the Hook household. First, our garbage disposal broke, so we had to get a plumber to install a new one. 200 bucks. Then our refrigerator was leaking, so we had to get someone to repair it. 400 bucks. Then literally as the guy was repairing our refrigerator, our air conditioner started to make a weird noise and then it started smoking like it was going to blow up. We ended up having to replace the air conditioner unit. $5,600.

Ouch! I wasn’t expecting three appliances to break down in the same week. And if I’m honest about it, I was angry. I didn’t want to pay 6 thousand dollars to get my house back in working order. It seemed unfair. I complained about it a lot.

But all my complaining and frustration didn’t change the fact that I still had to fork over the money to fix my garbage disposal, refrigerator, and air conditioner. It was just the reality of my situation. I didn’t have much of a choice.

It was a little like paying my taxes. If you own a home, your appliances are going to break down eventually and you will need to fix them. It’s not a fun part of owning a home, but it’s part of the deal. If you want to own a home, you have to pay for repairs.

There are actually a lot of things in life that align with this idea. For example, do you get mad when your plane is delayed? If you want to take advantage of air travel, delays are just part of the deal. When things like this happen in life, instead of getting angry and frustrated, what would it look like to just “pay your taxes” and move on? 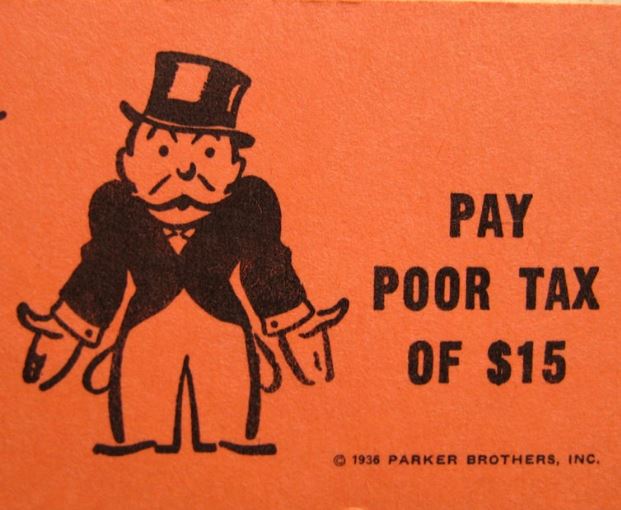