When Working On A Goal, Succeed Early and Often

Let’s say you’re working on a new goal in your life. Maybe you want to lose weight or get in shape. Or maybe you’re trying to learn a new skill, like playing golf or the guitar. Or perhaps you’re working with one of your kids, trying to teach them their multiplication tables, or how to hit a baseball.

One of the most difficult things about learning a new skill is that you aren’t very good at first, so you usually experience more failure than success. Because it is a new skill, you haven’t mastered it yet. The thing you’re trying to do is new and difficult for you. Most people don’t succeed right away.

Too much early failure can lead to negative emotions like discouragement, anger, and frustration. I remember one time at boy scout camp, a group of us were working on our basket making merit badge. It was so hard, one of my friends got upset and threw his half-finished basket in the garbage. For him, enough was enough!

This is a common experience for many of us. It’s difficult to tough it out through those early stages where we experience mostly failure and disappointment. Eventually, we hope the task will get easier and we will have more success, but we can’t be sure. And it sure feels horrible to fail so much right at the start.

Here is a tip for getting through those early stages: set up your change effort so that you succeed early and often.

Here’s an example of what I mean: Let’s say you’re teaching your young child to hit a baseball for the first time. Hitting a baseball is hard. At the beginning, there are a lot of swings and misses. If you give your child a regular wooden bat and fire up your best fastball, there’s a chance your kid wouldn’t get a hit the entire afternoon. He would probably get frustrated and quit, and your dreams of coaching little league and sharing your love of baseball with your child would be over before they began.

Here’s what you should do instead: Buy your kid one of those big plastic bats. Then get an oversized ball (maybe even something like a beach ball), and lob it in slowly from close range. Your kid might still swing and miss a couple of times, but he’s a lot more likely to experience early success. Success leads to positive feelings, which leads to increased desire to play and practice. As your child progresses, you can slowly transition to a smaller bat and ball over time. But experiencing success early and often is essential.

Or let’s take the example of starting a workout plan. Don’t set out to run five miles right away. That’s too much too soon. You will likely be exhausted and quit after about half a mile, feeling badly about your failure. Instead, go outside and plan to exercise for ten minutes. Run for one minute, and then walk for one minute. Repeat this alternating pattern of running and walking for ten minutes. Celebrate your success and feel good about the fact that you are sticking to your workout plan.

Once you get used to the ten-minute run/walk, slowly increase the amount of time you run. Make sure to celebrate your success each step of the way. By starting slow and setting up your change effort so that you succeed early and often, you are more likely to maintain your change effort over time. 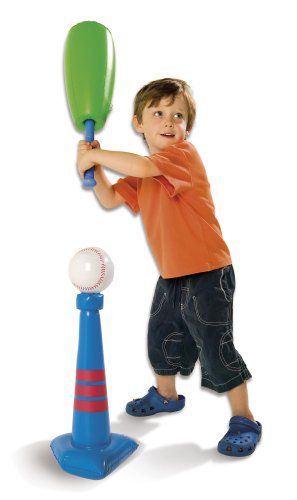