Use Love as the Lens

I listened to a sermon recently by Paul Rasmussen that made a big impact on me, and I’d like to share a little bit about what he said.

His sermon was focused on the tension many Christians feel between grace and truth. You might have experienced this tension in your own life and faith.

A huge part of Christianity is focused on grace—love, mercy, and forgiveness. Grace is at the heart of the Gospel. We mess up and often miss the mark, but God loves us and accepts us anyways. Because of God’s grace toward us, we are called to extend grace in our relationships with each another.

But then there’s truth. Christianity also has a lot of rules and guidelines for right action and behavior. Christianity isn’t a free-for-all—we have some responsibilities to treat ourselves and others in a particular way. The author of the book of James writes that faith without works is dead. There is a truth part of Christianity that is important as well.

Jesus in the Tension

We might think that Jesus would resolve this tension, but he doesn’t. Sometimes Jesus shows incredible acts of grace. When he was dying on the cross, one of the criminals being crucified next to him asked Jesus to remember him when he entered his kingdom. Jesus, right then and there, told him that he would be with Jesus today in paradise. Jesus didn’t require anything from him. He just extended grace.

Still other times, Jesus offers a mix of grace and truth. When a woman was caught in the act of adultery, the religious leaders were ready to stone her to death. Jesus first extended grace, challenging the religious leaders that they could put her to death only if they were without sin themselves. (None were without sin, so they all left the scene.) Then Jesus told her that he didn’t condemn her either. Yet after extending grace, Jesus also offered truth. He told her to go and leave her life of sin.

How Do We Deal with the Tension?

What do we make of these apparent inconsistencies in how Jesus acted? Which is it—grace or truth? How do we resolve the tension between grace and truth in our own life?

First, don’t try to resolve the tension. Jesus was fully grace, but he was also fully truth. He wasn’t the midpoint between the two; he was both grace and truth—fully. We may want this tension to be resolved, so we can have a faith that is simple and tidy. But Jesus doesn’t resolve the tension. Instead, our faith is something that is alive, complex, and messy. It’s something we have to struggle and wrestle with on a daily basis.

In other words, love is the main thing. Every decision we make should be considered through the lens of love. And when it comes to the tension of grace and truth, love sometimes requires different things of us.

Think about what it means to be a good parent. Sometimes being a good parent requires grace. We need to show our kids time and time again that we love them no matter what—even if they disobey and go off track. Children need heavy doses of love, mercy, and forgiveness.

This guideline can generalize to all our relationships and decisions. What should we do at a particular time? How should we engage in a specific relationship? What would love require of you? Let the lens of love be your guide. 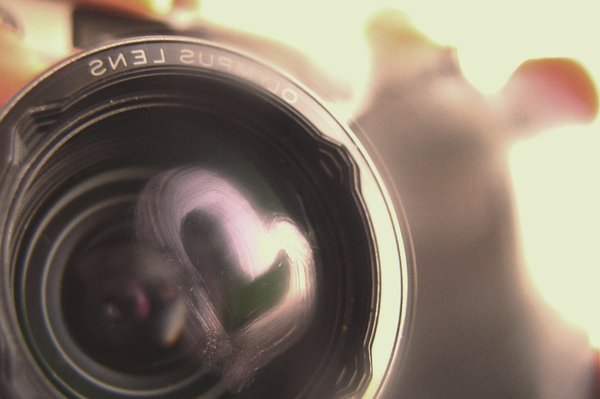