4 Steps to Look for the Movement in the Bible

People sometimes read the Bible and get frustrated, because the Bible seems to say some crazy things about God and what God did. But when we react in this way, I think we have a tendency to miss the movement in the Bible. In other words, to understand the Bible more fully, we need to consider what was going on in the culture at the time the Bible was written, and compare what was written in the Bible to that cultural context.

In other words, we need to ask ourselves the following question: In light of [what was happening at the time], where is the Bible taking us?

Let me walk through an example to make this idea more concrete.

If you grew up going to church, you probably heard the story about Abraham and Isaac. In Genesis 22, God asks Abraham to take his son Isaac and sacrifice him as a burnt offering. Abraham obeys God and takes his son to the place where the sacrifice is to be made. He straps his son on the altar and is about to slay his son with a knife, when an angel from the Lord stops him. God provides a ram for the sacrifice instead, and Abraham calls the place “The Lord will provide.”

Most people interpret this story as a story about obedience. God was testing Abraham to see if he would obey, even with the thing that mattered most to him. After Abraham showed God that he would obey, God lets him off the hook and doesn’t make him sacrifice his son. In other words, God blesses his obedience.

That’s one way to read the passage. It’s not a wrong way to read it. But if we only interpret the passage this way, we can miss the movement in the Bible.

Look for the Movement

Here’s what I mean: In the cultural context in which this story was passed down and written, human sacrifice was a thing. Sacrifice in general was a big deal. It was a way to show a god you were serious about following them. The tough thing was, you never knew how much sacrifice was enough. People would sacrifice more and more, hoping they had done enough to appease the gods. Sacrificing your own son was seen as the ultimate sacrifice—you couldn’t sacrifice more than that.

Against this backdrop, the story of Abraham and Isaac can be interpreted in a different light. Can you see how this story in the Bible is moving us away from human sacrifice and toward a God who provides? When we read the story from a 21st century U.S. perspective, we might view this God is barbaric. Why would he ask Abraham to make a human sacrifice? If someone did that in our world today, we would lock them up in jail.

But viewed with an ancient world lens, the story becomes something different entirely. Human sacrifice was a normal thing—but a God who provides? That was something different and new. This is a new kind of God—one who doesn’t require more and more sacrifices, but one who actually reaches out to us and provides what is needed to be in relationship with us. This story can also be viewed as a foreshadowing of what is to come, when God eventually does away with the entire sacrificial system. He doesn’t make us complete a long checklist of actions and behaviors before we are reconciled to God. He loves us first.

But we miss all that if we don’t consider the movement in the Bible. When you read the Bible, don’t take a verse or passage in isolation and get grumpy about it. Instead, think about what was happening in the cultural context in which the passage was written. Given that context, where is the Bible moving us? How can we use this movement to interpret what the Biblical authors were trying to communicate in a more accurate and valid way?

4 Steps to Look For the Movement in the Bible

Here is a 4-step process you can engage in to try to find the movement in the Bible:

Discussion: Take a passage of the Bible that you are struggling with right now. Walk through the 4 steps and look for the movement in the Bible. What did you learn about God or the Bible from this process? 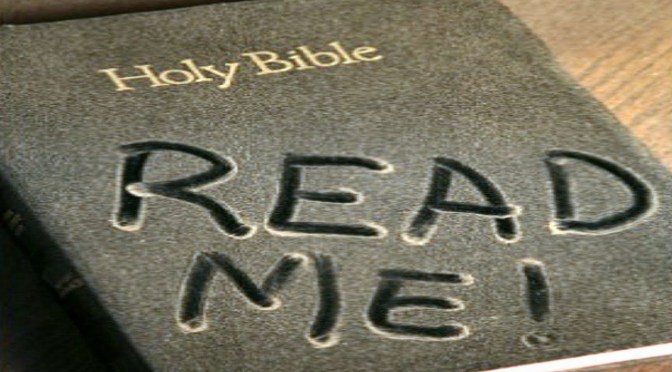