I finished reading a book awhile back about what the Bible has to say about human sexuality. It was an interesting read. One of the author’s main points was that it is problematic to pick and choose various Bible verses to support one’s particular position on sexuality, without considering the cultural context of both the writer and audience.

Interpreting the Bible Within Its Cultural Context

I thought the author made a good point. One thing I don’t think many Christians do particularly well (myself included) is interpreting the Bible within its cultural context. We don’t have a consistent framework for thinking about how culture influences (a) the writer, (b) the message, and (c) how a particular message should apply to our lives today. Instead, I think that a lot of times we pick and choose our interpretations haphazardly.

The Example of Gender

I’ll give you an example. I used to go to a church that had patriarchal views about gender roles. In marriage relationships, men were viewed as the leader of the household. In church, women weren’t allowed to be pastors or have leadership roles over men. In his letters, Paul writes about some of these issues, and the church I attended interpreted those instructions literally. They thought Paul’s message was universal, applying just as much to our lives today as it did 2,000 years ago when Paul wrote the letter.

But there are other interpretations of those passages. One interpretation is that Paul’s instructions were culturally specific. Women often weren’t well educated in that culture, and some people speculate that in the churches Paul was writing to, women kept interrupting the services. So, the culture-specific interpretation says that although Paul may have been correct in his instructions to that specific church, those instructions don’t apply today in our society where women are just as highly educated and capable of instruction and leadership as men.

A third interpretation is that Paul was writing from a culture and context that was patriarchal, and he may have had some biases, which influenced his writing and instruction. As we have grown and developed toward a more egalitarian society, perhaps we should interpret Paul’s instructions through the cultural lens from which he wrote, and have freedom to move toward a more egalitarian view and teaching in our churches.

The Bible and the Constitution

The author I was reading made an interesting comparison between the Bible and the Constitution of the United States. The Constitution is probably the most important document in the history of our country. It describes the values on which our country was founded. However, it has been interpreted and adjusted throughout history so that the specific rules and interpretations of the Constitution are consistent with the underlying values of life, liberty, and the pursuit of happiness. For example, the constitution was amended to abolish slavery, and to allow women to vote. I imagine if we could travel back in time and discuss these changes with the founders of our country, they would probably disagree with some of the specifics. But I think most of us would agree that the changes have been consistent with the underlying values of the document itself.

I think a similar argument can be made with the Bible. The Bible is a complex document, written over many years by many different writers. There is even growth, change, and development across the Bible itself, as its writers engage with God over time, trying to work out what it looks like to live a life pleasing to God. For example, Jesus interprets teachings and passages from the Old Testament in radical ways. Paul interprets the teachings of Jesus and works out the specifics for his readers, at times contradicting other apostles and Biblical writers.

Interpret Scripture by Its Values

We too, I believe, are called to continue to work out what it means to live a life and build a world that is pleasing to God. I don’t think that work stopped when John finished writing the book of Revelation.

I think the key is to identify the underlying values that are important in the Bible, and work to interpret Scripture in a way that is consistent with those values.

The second value is justice. Throughout his ministry, Jesus consistently spoke out on behalf of the poor and oppressed. At the beginning of his ministry, Jesus presented his mission statement and said “The Spirit of the Lord is on me, because he has anointed me to proclaim good news to the poor. He has sent me to proclaim freedom for the prisoners and recovery of sight for the blind, to set the oppressed free, to proclaim the year of the Lord’s favor” (Luke 4: 18-19).

The Example of Slavery

Let me give you an example about how to interpret Scripture through the lens of the underlying values of the Bible. Consider the issue of slavery. Slavery was a normal thing during the times of the Biblical writers, and Biblical writers never explicitly condemn slavery. For a long time, some Christians used the Bible to argue that slavery was okay, or even ordained by God.

However, there were other Christians who argued the opposite, using the interpretive strategy I discussed above. Namely, they looked at the underlying values of the Bible that applied to slavery. For example, what would the value of loving your neighbor as yourself say about slavery? How would the value of justice apply to the issue of slavery? Because of these underlying values, abolitionist Christians felt confident that a true Christian position opposed slavery.

The next time you are struggling with how to interpret a specific passage of the Bible, or considering changing your view on a theological issue, consider how the underlying values of the Bible apply to your situation. The Bible is extremely important for helping Christians live a life that is pleasing to God, but it was written in a particular cultural context that was much different from our own. Good theology involves working out the specifics by going back to the underlying values of the Bible.

How do you feel about the responsibility of working out the specifics in light of underlying Biblical values? What do you think are the “core” Biblical values that are most important? What is one issue you struggle to interpret relative to its cultural context? 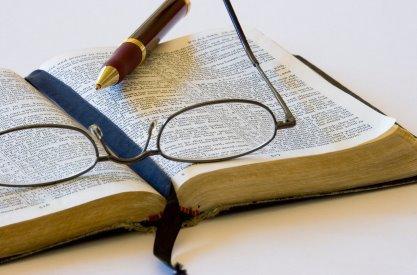