How to Create a Work Snowball

If you are struggling to complete a task at work, it can be helpful to create a “Work Snowball.”

I got this idea from reading a book about money management by Dave Ramsey. He talks about an idea called the “Debt Snowball.” The basic idea is this: When you have a series of debts you are trying to pay off, he suggests paying off the smallest debt first, followed by the next smallest debt, and so on. This goes against conventional wisdom, which suggests paying off the debt with the largest interest rate first.

The idea is that paying off the smallest debt first creates psychological momentum—sort of like rolling a snowball down a hill. It’s tough to get a snowball rolling at first. But once it gets going, it takes you less energy to keep it going. When getting out of debt, Ramsey says once you experience success paying off the smallest debt (which takes the shortest amount of time), you experience psychological momentum which makes it easier to keep going and pay down the rest of your debts.

I have found the same principle to be true in my work. Sometimes when I have a big task I have to complete, I feel overwhelmed. It’s difficult for me to get started. I might procrastinate, finding other activities to fill my time. The bottom line is I make little to no progress on the big task.

However, if I start my workday by completing a few smaller tasks first, this can create the psychological momentum and energy I need to tackle the big task. Once I get going, the big task often doesn’t seem quite so overwhelming.

It seems counter-intuitive. Usually people think they should get their most difficult task out of the way first (like the debt with the biggest interest rate). But I have often found if I organize my day in the opposite fashion (i.e., completing smaller tasks first), I create a lot more psychological momentum and energy throughout the day. This momentum and energy is often necessary for me to succeed on my larger tasks.

I create a Work Snowball.

How to Create a Work Snowball

So, give this a try: Next time you are at work, make a list of the tasks you would like to accomplish that day. Then give each task a number. Give the easiest task a 1, the second easiest task a 2, and so on. Then complete your tasks in order from easiest to hardest. See if organizing your tasks in this way creates more psychological momentum and energy throughout your day.

Discussion: Do you always try to complete your most difficult task first? Try ordering your tasks from easiest to hardest, and see if you can create a Work Snowball. 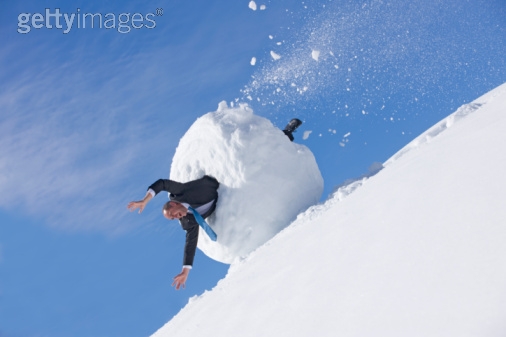