Know Why You’re Stepping into the Ring

I recently saw Creed 2, and I loved it. I love all the Rocky movies. They are inspirational, and they make me want to wake up, bust through my obstacles, and make something of my life.

There was one scene from the movie that made a big impact on me, and I’d like to unpack it a bit. (Don’t worry, I won’t share any major spoilers!) The scene happens in the middle of the film, and Adonis Creed is feeling down. He is coming off a major defeat where he got embarrassed and injured in the ring. He’s been doing physical therapy to get well, and the boxing association is pressuring him to schedule another fight. But he can’t will himself to start training again. He has lost his heart to fight.

Know Why You’re Stepping into the Ring

Creed finds himself at the boxing gym late at night, feeling stuck. Rocky finds him there, and they have a heart-to-heart. At the climax of the exchange, Rocky says the following: “When you climb those stairs, you have to know why you’re stepping into the ring.” This was Creed’s problem. He wasn’t clear on his “why.”

In life, you have to know your “why.” Life is difficult, and full of ups and downs. Whatever your goal is, there will be pain, struggle, and heartache. You will fail. You will hurt those closest to you, and they will hurt you. If you’re “lucky,” you will grow old and frail, and your body will fail you. Your closest friends and family members will die. Eventually, you will too.

What keeps us going amidst all this difficulty and trouble? It’s our “why.” We have to find a reason to keep going, keep fighting, and keep getting up each morning and doing it all over again. The psychologist Viktor Frankl understood this truth in a deep way during his time in four different concentration camps in World War II. He realized that the people who survived had a clear reason for continuing to live. He would later write, “He who has a why can bear almost any how.”

What is your “why”? For some people, their purpose in life has to do with their religious faith. For others, it’s a commitment to a set of values, such as treating everyone with respect and fairness. For others, their “why” is focused on family, work achievements, or making money. It doesn’t matter what your “why” is, as long as you have one and are clear about it.

What is Most Important to You?

To help figure out your “why,” spend some time reflecting on what is most important to you in life. What do you want your life to be about? When you die, what do you hope is written on your tombstone? What do you want to be said about you at your funeral? What legacy do you hope to leave for your children and the next generations? Sometimes it takes time to get clear on your “why.” But keep at it. For Creed, he needed to prove to himself that he could stand on his own two feet, outside the shadow of his father, and be a champion. What about you? 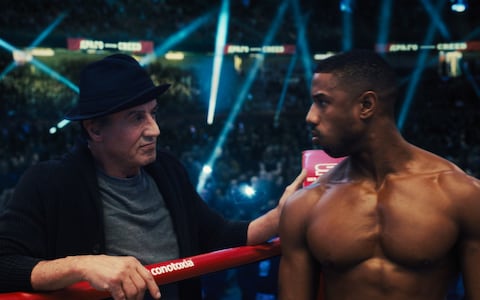