The fear of failure is powerful. If we don’t face this fear head-on, it can take our life off course. When I fail, I feel angry and sad. I start to doubt myself and my abilities. Because I don’t like to feel this way, I try to avoid failure. I focus on the things I am good at. I hesitate before trying something new.

Failure as a Writer

A few years ago, I was faced with my own failure in an important area of my life: my ability as a writer. I entered a writing contest put on by The Barna Group, who was publishing a series of books called Barna Frames. The last book in the series was an open contest. Anyone could enter the contest with their idea. I entered and was chosen as a finalist. I wrote an essay describing my idea, and was given the opportunity to present my idea in an interview. They interviewed three people… and I didn’t get it.

I was disappointed. I worked long hours writing and refining my idea. I recruited the help of my friends and colleagues to help me edit my essay. I sent out personal messages to everyone I knew, trying to drum up support. I gave it my absolute best shot. And it wasn’t good enough.

So what happened then? When I started to feel those angry, sad, and disappointed feelings associated with failure, I wanted to run away and be by myself. My natural tendency was to hold back, and not try something like that ever again. I wanted to focus on the things I knew I was good at. I wanted to focus on activities that were more of a sure thing. But even though that strategy might have been the safer route, it wouldn’t get me where I wanted to be–a successful writer with a published book.

Success = How We Deal with Failure

I used to think of success and failure as opposites. Because of this, I tried to focus on areas where I thought I could succeed, and avoid areas where I thought I might fail. But now I think about it differently. I don’t think success and failure are opposites. Instead, I think a big part of success involves how we deal with and respond to failure.

The most successful people aren’t always the smartest or most talented. But I have yet to meet a truly successful person who wasn’t tenacious in pursuing their passions and dreams, even when things blocked the way. I think failing at the Barna contest was a huge turning point in my life and career as a writer. What would I do when faced with my own failure? Would I hold back and stick to areas where I felt safe, in order to avoid failure in the future? Or would I learn from the experience and continue to pursue my passion and dream to write?

I want to be the type of person who goes hard after what I want, even though there is a chance I might fail. I want to stay in the game.

What is one area of your life where you are letting the fear of failure hold you back from pursuing your passions and dreams? 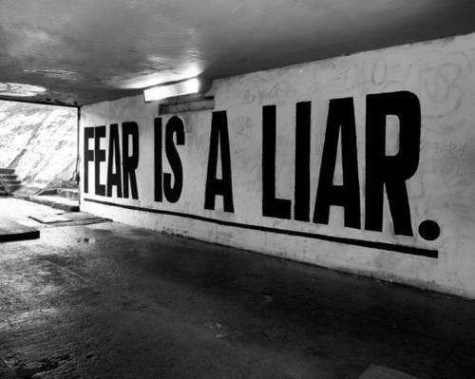