Author Scott Peck tells an interesting story about a time he was taking a walk in his neighborhood and observed his neighbor fixing his lawn mower. Scott was impressed, because he had always struggled to do anything mechanical. Scott told his neighbor how impressed he was, saying that he could never do something like that.

His neighbor immediately responded: “That’s because you don’t take the time.”

You Don’t Take the Time

The neighbor’s retort stuck with Scott, and he couldn’t get it out of his head. That’s because you don’t take the time. It was true. Scott didn’t particularly enjoy mechanical tasks, and he didn’t feel confident about his knowledge and experience. So, what generally happened was he would look at the problem for about 10 seconds, and then throw up his hands, believing the problem was “beyond him.”

When he paused and took the time, however, he found he could usually solve the problem. He didn’t actually have a “defective mechanical gene.” He just didn’t take the time.

I connected with Scott’s story, because I have always felt similarly about my lack of ability around mechanical things. Just like Scott, I never was patient with myself. I didn’t take the time I needed to solve a problem, whether it was figuring out an issue with my car or putting together a nightstand from Ikea. After a few minutes, I would “throw up my hands” and quit. But I never took the time. When I slowed down and took the time, I found I could usually figure things out.

This principle works for other types of problems as well. Whether we have a problem with our health, job, relationships, or spiritual life, addressing the problem requires slowing down and taking the time. We have to pause, think, reflect, and sometimes ask for help. Solving any big problem takes quite a lot of time, energy, and effort. It doesn’t happen immediately.

But often we are too impatient. Tackling a problem causes some distress, and we are looking for relief from our problem NOW. Because of our need for immediate relief, we don’t often take the time we need to actually go about the business of solving our most pressing problems.

The next time you are facing a problem, press the pause button. Remember that solving any big problem takes time. This problem likely won’t be solved immediately. That’s okay. If you go slow, take your time, and stick with it, you will solve the problem eventually. But you have to take the time. 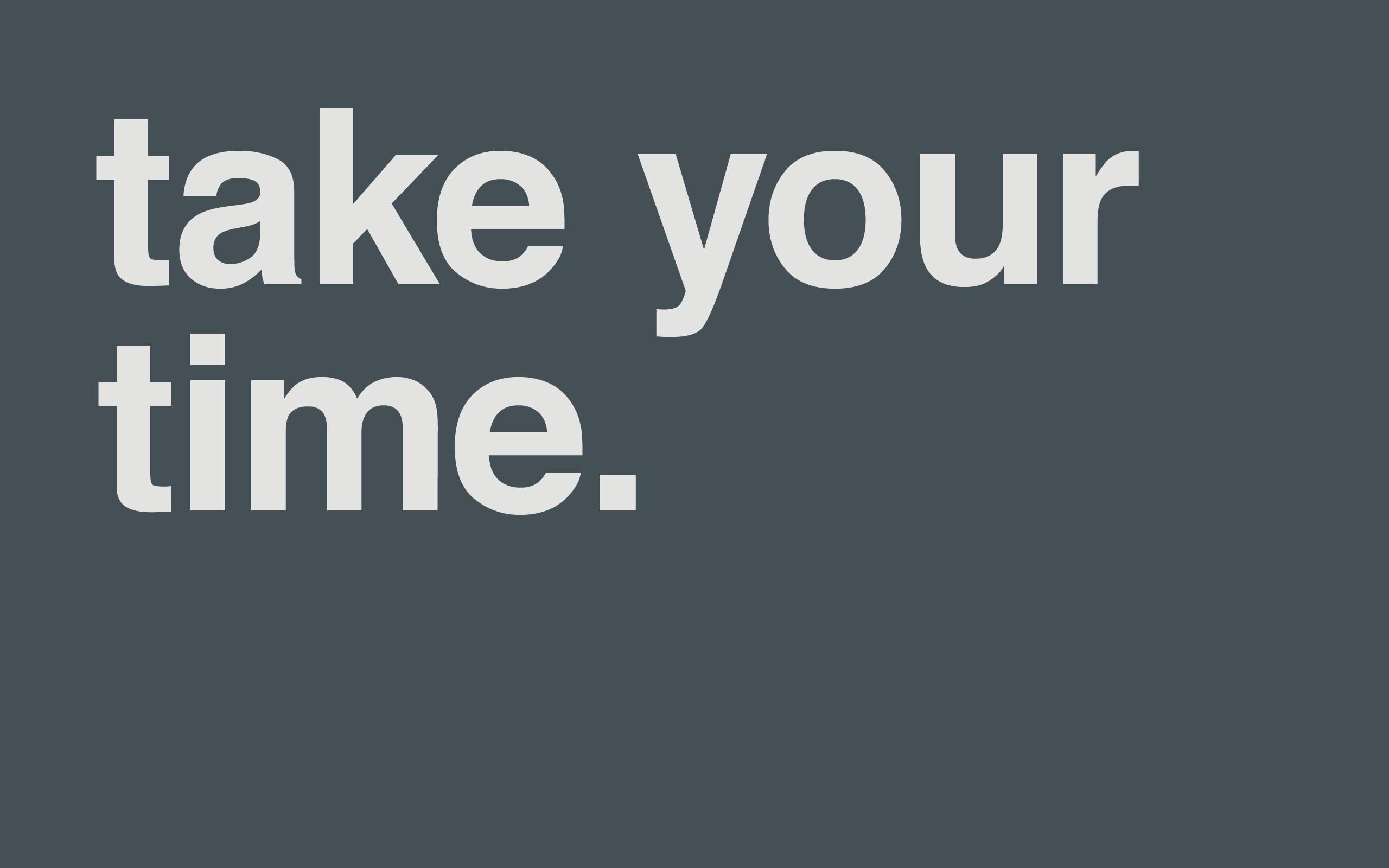