My wife and I just finished watching a fascinating documentary called “Wild, Wild Country.” It follows the story of a cult called the Rajneeshees, who travel from India and settle in Antelope, Oregon, where they build a commune (basically a small town) from scratch.

One of the things I thought was really interesting about the documentary was that the Rajneeshees always seemed so happy. They seemed incredibly joyful and satisfied with their lives, and many of the members they interviewed reflected fondly on their time at the commune. It seemed like they genuinely missed living there, like it was the best time of their life.

For some reason, their reactions stuck with me. This was a lifestyle that most people judged harshly and were incredibly fearful of. What was it about the commune that led to people feeling so happy and satisfied with their lives? Is there anything we can learn from the Rajneeshees as we build our own lives and pursue happiness and meaning?

Here were 3 factors I saw in the Rajneesh commune that might give us some perspective on their level of happiness.

The Rajneesh commune placed an incredibly high value on community. One of the former members, when he was reflecting on his time at the commune, said he felt “completely loved and accepted.” It seemed like the people who lived in the commune developed incredibly strong bonds with one another. They were like family.

We also are more separated from one another than ever before. Although we are “connected” to people all over the world through the Internet, real person-to-person community seems rarer. We might have a thousand Facebook friends, but no one who can bring us a meal when we’re sick. Religious participation is on the decline, as is participation in other types of civic organizations. A generation ago, we joined bowling leagues. Now we go bowling alone. And it’s killing us inside.

The Rajneeshees had a crystal-clear vision of their mission and purpose. They were put on the earth to build a community of love that reflected their guru’s vision. And they were certain about it—there wasn’t much wavering in their faith.

In today’s world, many of us struggle to identify a purpose for our lives. Instead of believing we were created by God for a purpose, many of us believe that life is just random. There’s no overarching set of values that guide our behavior—it’s every man or woman for themselves. It’s tough to be happy when you don’t know your “why.”

Positive emotions are closely connected with happiness. When I was watching the documentary, it was interesting to see that the Rajneeshees explicitly engaged in several rituals throughout the day that instilled positive emotions in their members. They danced, sang, and chanted. They engaged in meditation. Inhibitions around sex were lowered. They yelled, screamed, and shook their bodies.

Some of these behaviors and rituals seemed incredibly strange (and some of us might judge them as morally wrong). But it did seem like engaging in the rituals increased positive emotions in their members. The rituals “worked” in a sense.

Many of us, on the other hand, live lives of restricted emotionality. We spend most of our days working in “serious” environments where emotional expression is discouraged. Once we grow up, we lose our sense of wonder and curiosity. We don’t engage or connect with our bodies. Many of us don’t move our bodies or exercise enough. We don’t sing or dance. We restrict our sexual expression.

I’m not saying that we should throw out all our inhibitions. But it was interesting that the Rajneeshees had so many rituals integrated into their daily lives that worked to increase positive emotions on a consistent basis.

I’m not advising that you join a cult. In fact, I would advise against it 🙂 However, if we want to live happy and fulfilling lives, it might be helpful to think about our current levels of community involvement, sense of purpose, and engagement in rituals that lead to positive emotions. What might be something we could do to move the needle on one of those factors? 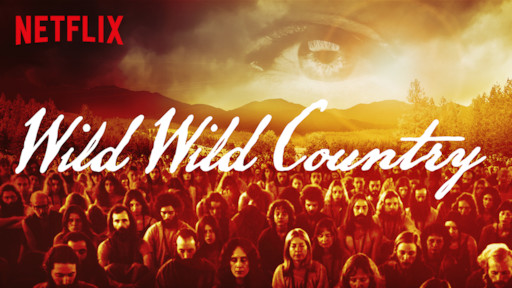