There’s an interesting challenge that happens for a lot of us, that keeps us from making progress toward our most important goals. Here’s the issue: A lot of the time, what I ultimately want is different from what I want right now. Sometimes these two wants go in the opposite direction.

What I ultimately want is to be healthy and in great shape. What I want right now is to eat a hamburger, french fries, and a milkshake.

What I ultimately want is to write a book. What I want right now is to watch TV.

What I ultimately want is to be mindful and connected with God. What I want right now is to play a dumb game on my phone.

What I ultimately want is to have a safe and secure future. What I want right now is to buy a new car.

Setting Aside Pleasure and Withstanding Pain

Maybe you connect with some of these dichotomies, or perhaps you can think up some of your own examples. But the underlying issue is the same. What I want right now often involves instant pleasure or removal of pain. What I want long-term, however, often requires me to put aside instant pleasure and withstand a certain amount of discomfort and pain.

One of my favorite psychology experiments brought little kids into the lab and gave them an important test. The experimenter handed the kid a marshmallow, and said the kid had a choice: He could eat the one marshmallow right now, but if he could wait 20 minutes, the experimenter would come back and he would give the kid 2 marshmallows.

Then the experimenter left the room, and the test began.

Some kiddos gobbled up the marshmallow right away. Others tried all sorts of strategies to resist temptation. Some sat in the corner of the room and tried not to look at the marshmallow. Some sat on their hands. And, some kids were able to resist, and happily enjoyed their reward of two marshmallows when the experimenter returned.

You Can Learn a Lot from a Marshmallow

Then, the experimenters followed the kids as they grew up. The kids who were able to resist eating the one marshmallow had better outcomes as they aged—they made better grades, they had more successful jobs, and had better behavior and relationships. 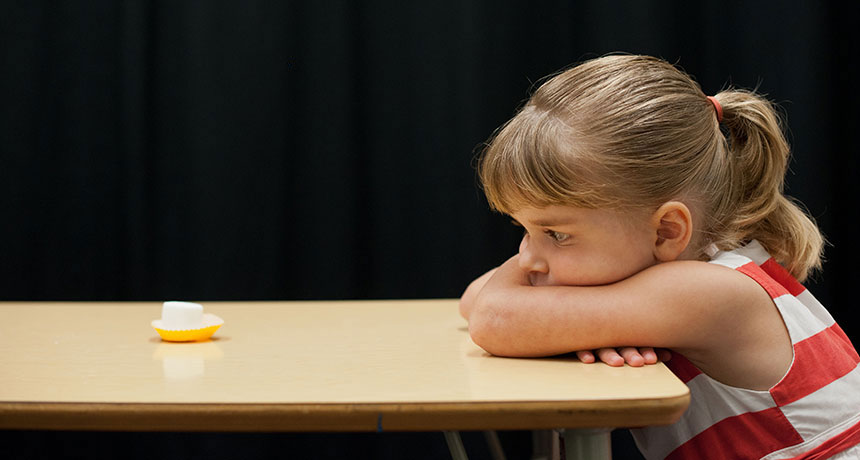