How Anchoring and Adjusting Can Mess Up Your Life

There are several research studies in psychology that explore how our decisions and behaviors are influenced by the people around us. We might think we are independent and make our own individual decisions, but the research says we are more influenced by other people than we realize.

One principle from psychology that I saw at work in my own life awhile back is called the “anchoring and adjustment heuristic.” This principle says that when making judgments or decisions, we tend to look at what someone else does first and use that as a starting point—then we adjust a little bit higher or lower.

This can get us in trouble if the person we use as a starting point is way off base.

I still ended up ordering way too much food.

This was a silly example with no real consequences (except for a stomachache). However, it’s good to be aware of the anchoring and adjustment heuristic, because it can have important consequences on your life. For example, if you are in a negotiation and the other side begins by making an offer, it is likely that you will base your counter-offer on their starting position. If the initial offer was way too high, you may end up paying too much because your counter-offer was based on their (high) initial offer.

How have you seen the anchoring and adjustment heuristic at work in your life? In what ways could you use this principle to your advantage? 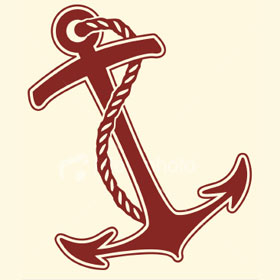