It’s Because You Don’t Take the Time

Author Scott Peck talks about an interesting experience he had while walking in his neighborhood. He passed by one of his neighbors, who was taking apart his lawn mower to fix something that was broken. As they chatted briefly, Scott expressed his admiration for his neighbor’s handyman skills and said, “I could never do something like that.”

You Don’t Take the Time

The neighbor immediately replied, “It’s because you don’t take the time.”

At first, Scott was a little put off. From Scott’s perspective, the problem wasn’t that he didn’t take the time. He had never been good at fixing things—he felt like he lacked a “handyman gene.” But his neighbor was saying that it didn’t take a rocket scientist to fix a lawn mower—you just had to be patient and take your time.

Give Up Too Quickly

A lot of life’s problems are like that. Whether it is a problem with a lawn mower, a leaky pipe, a marriage, or a child, we often look at the problem, throw our arms in the air, and give up. Or, we try a few things and when they don’t immediately work, we get frustrated and quit trying.

I wonder how many problems we fail to solve because we don’t slow down and take the time.

If you are struggling with a problem in your life, it’s important to recognize that most big problems don’t have easy solutions. (If the solution were easy, you probably would have solved it by now.) For most difficult problems, we need to slow down and consider the issue for a while. Our first idea might not work to fix the problem—we may need to try a second, third, or fourth strategy. We might need to get some help, whether it is from a counselor or an expert in the field.

But whatever the solution ends up being, the key is taking your time. 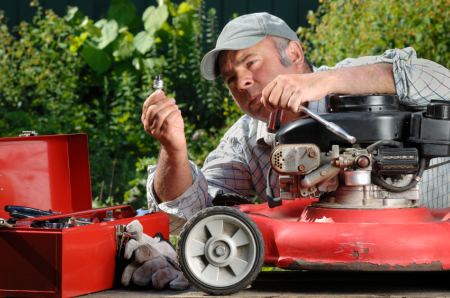