This post is Part 2 in a 6-part blog series on Minimalism and Faith. (If you missed the first post, you can find it here.) I was introduced to the idea of minimalism when I was in my early 30s. I wouldn’t say I lived an excessive lifestyle at the time, but I was single, and my salary was larger than my expenses, so I spent my extra money on various things (e.g., cars, clothes, going out). When I was introduced to the idea of minimalism, I started to question how I spent my money.

In addition to thinking more critically about money, minimalism also challenged me to consider how I spent my time and energy. In general, I lived an unfocused life. I worked a lot as a professor and researcher, and I tried to fill my schedule with social events so I didn’t feel lonely. I bounced around from activity to activity, not really having a clear direction. I felt anxious a lot of the time.

I attended a talk by the Minimalists (Joshua Fields Milburn and Ryan Nicodemus) at the House of Blues in Dallas, TX. JFM and Ryan started the “show” by sharing their stories. They talked about what their life was like before minimalism, and how minimalism helped them to live the kind of life they really wanted.

Growing up in an Evangelical Christian church, I had listened to a lot of testimonies, where people talked about their lives before and after they became a Christian. What JFM and Ryan shared sounded a lot like the testimonies I heard growing up. And the more I thought about it, the more the similarities made sense to me. In a way, minimalism had “saved” JFM and Ryan. I didn’t necessarily think minimalism would save me, but I wondered if there was something about minimalism that could help me to live the life and have the type of Christian faith I really wanted.

Jesus and the Rich Young Man

As I started to dive more deeply into minimalism, and also consider the connections between minimalism and faith, the story that stuck out to me was the story of Jesus and the rich young man (Mark 10:17-22). To briefly summarize what happened, the rich young man approaches Jesus because he wants to know what he needs to do to get eternal life. Jesus says the man needs to keep the commandments. The man is confident, replying he has kept all the commandments since he was a boy. Then Jesus takes an unexpected turn. He says the man needs to do one last thing—sell all his possessions, give to the poor, and follow Jesus. The rich young man goes away sad, because he had great wealth.

What the Man Gave Up

I have thought about that story a lot over the years. It’s interesting—I think when we read the story, most of us focus on what the rich young man had to give up. “Gosh,” we might think to ourselves, “it seems like a high bar to give away all your possessions. I wonder if I would be willing to do that.”

But I think we miss the other side of the coin—what Jesus offered the man. Jesus offered the man a chance to follow him and to be his disciple. Think about that. The son of God offered the rich young man an opportunity to have eternal life, follow the greatest teacher who ever lived, and be part of a movement that changed the course of history. But the man didn’t take the opportunity, because he was too enamored with all his stuff.

I think minimalism offers us a similar opportunity when it comes to our faith. There are a lot of distractions in our lives that push us off course from being an apprentice of Jesus. There are even things about the church and Christianity that make it difficult to follow Jesus wholeheartedly. I think that’s what minimalism offers us—a way to strip off all the things about faith and our lifestyles that push us off course. It’s a chance to get back to the basics of what it means to be a follower of Jesus. 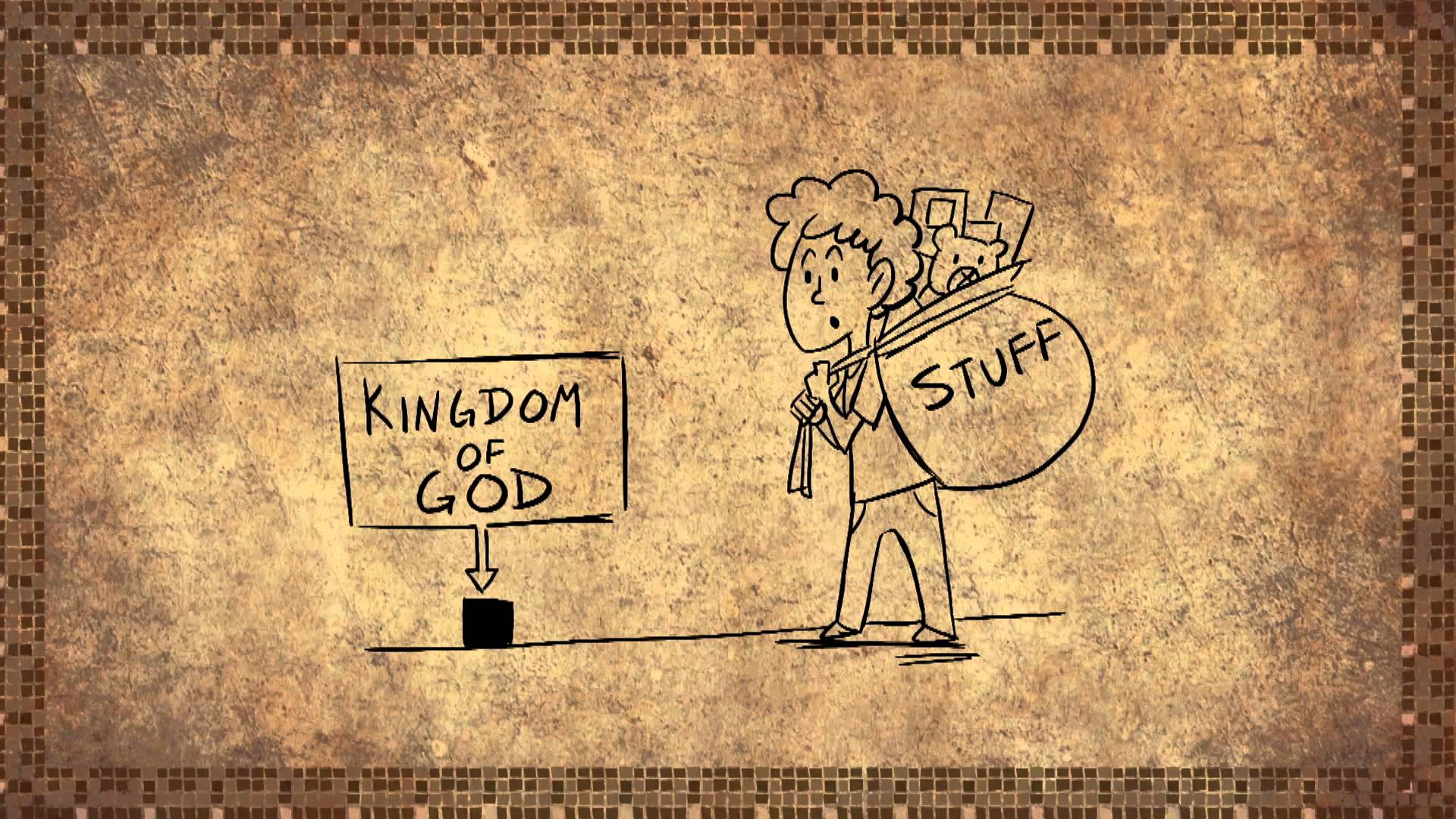