Christians bear responsibility for enabling the racism in Charlottesville.

Racism is part of us. It is deeply embedded in the cultural fabric of the United States.

Racism is part of me. It is something I have to fight against every day.

Racism may be part of you, although it might be hard to admit.

This failure to fight racism is a major problem, and it enables events like the violence in Charlottesville to happen even today.

As Christians, we often focus on minor issues:

But we neglect the more important matters—like racism.

If Jesus were on the earth today, I think this is what he might say to Christians: “Woe to you, teachers of the law and Pharisees, you hypocrites! You give a tenth of your spices—mint, dill, and cumin. But you have neglected the more important matters of the law—justice, mercy, and faithfulness… You blind guides! You strain out a gnat but swallow a camel.” (Matthew 23:23-24)

It is a dark time in the United States. As a Christian, it is completely disheartening to see a man march in Charlottesville with a sign reading, “Jews Are Satan’s Children,” with bible verses “supporting” his point. I feel sad. I feel angry. I feel hopeless that we can ever truly heal.

One thing I love about Jesus is that he didn’t just point out injustice, he fought for justice with his actions. He fed the hungry (John 6). He healed the sick (Matthew 8). He uprooted unjust financial structures (Matthew 21). He protected the rights and safety of women (John 8). He welcomed people from different ethnic and religious backgrounds (John 4). He resisted with non-violence (Matthew 26). And he ultimately sacrificed his own life (Matthew 27).

As Christians, may we follow the example of Jesus and actively fight against racism and for justice. 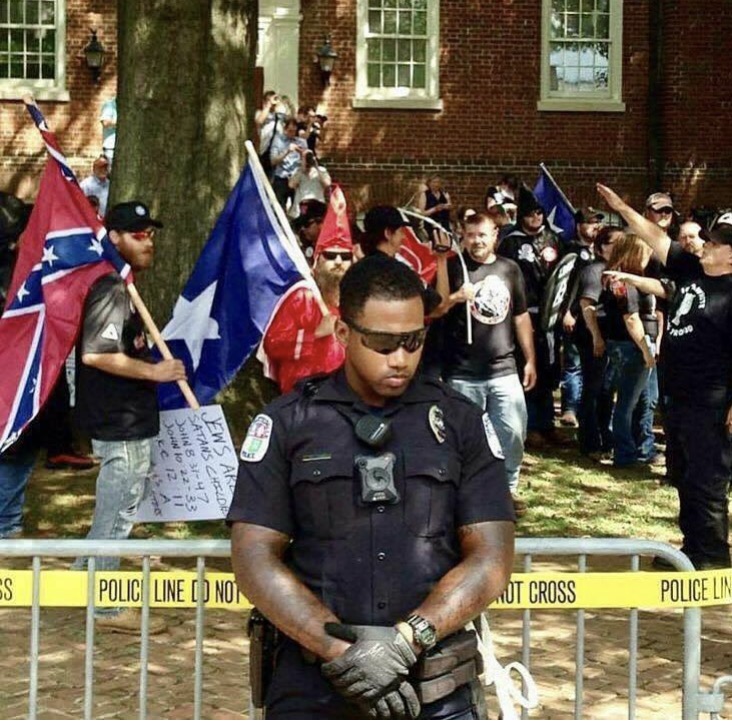