Why You Shouldn’t Count the (Sunk) Costs

Before you made a decision growing up, your parents probably told you to count the costs.

Usually this is good advice, unless the costs are sunk.

What is a Sunk Cost?

Sick at a Baseball Game

Here is an example to help make this idea concrete. Let’s say I bought a ticket for the Texas Rangers baseball game for this Friday night. The ticket cost $50. Unfortunately, the day of the game, I catch a stomach virus and start throwing up. It’s too late to sell the ticket. I have to make a decision about whether or not I should go to the game.

If I had to make the decision based only on how I’m feeling right now, my preference would be to stay home and get some sleep. However, I start thinking about the $50 I have spent on the ticket, and I realize the money will go to waste if I don’t go to the game. So I drag myself to the game and have a lousy time, running to the bathroom to throw up in between innings.

The mistake I made was counting the sunk costs. The $50 I spent on the ticket was gone. I was never getting the money back, whether I attended the baseball game or not. Thus, the $50 should not factor into my decision. I should base my decision only on the outcome of going to the game vs. staying home. At this moment, which decision would bring me more joy and happiness? Which choice would be better for me moving forward?

Sunk costs come up a lot in our lives, even in more serious matters. We often have to make decisions about continuing efforts in areas of our lives where we have previously invested resources.

For example: Should I stay in this bad relationship? I have invested so much time and energy.

Should we stick with this business venture even though it looks like it will fail? We have invested so much money.

Should I stick with this view of God and spirituality that doesn’t make sense to me anymore? It’s what I have always thought and believed.

When making decisions such as these, the stakes are higher. Make sure you count the costs… unless they are sunk.

Discussion: Where in your life do you make decisions based on sunk costs? What would it look like to remove sunk costs from your decision-making process? 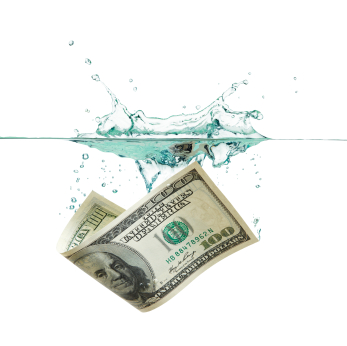