Don’t Be Chained to a Twig

I read a story about an animal trainer, who talked about how he kept elephants under control. When the elephants were babies, the trainer put chains around their feet and tied the chains to a log. The baby elephants tried to escape, but they couldn’t. The log was stronger than they were.

Bound By The Past

Eventually, the elephants stopped trying to escape. They became used to captivity. When the elephants grew big and strong, the animal trainer could put the chains on the elephant’s feet, and anchor it to anything, even a small twig. The elephants would not try to escape, even though they had the power to do so. They were bound by their past.

I think this principle is often true in our lives as well. As children, perhaps we were told certain things about ourselves by our parents, or other adults who were much more powerful than us. Maybe we were told we were weak, unlovable, or that we wouldn’t amount to much of anything. Or maybe it wasn’t a person’s words but their actions—maybe we were abused or neglected as children. These actions communicated powerful messages about our worth (or lack of it).

As children, we tried to escape these incredibly painful messages that were communicated to us, but we couldn’t do it. We weren’t strong enough.

As adults, we have the freedom to think, feel, and act as we choose. We have the power to escape the messages given to us as children. But we don’t often realize we have this freedom and power. Isn’t it strange how a person can do something small, like criticize something about us, or reject something about us, and we can spiral down into sadness and anger, just like when we were kids? The chains—those messages—are so familiar. It is so easy to slip back into that familiar place, even if we hate it. Even if it hurts us. Even when we are only chained to a twig.

What is one negative message you were given as a child that is so familiar, it is easy to still believe today? 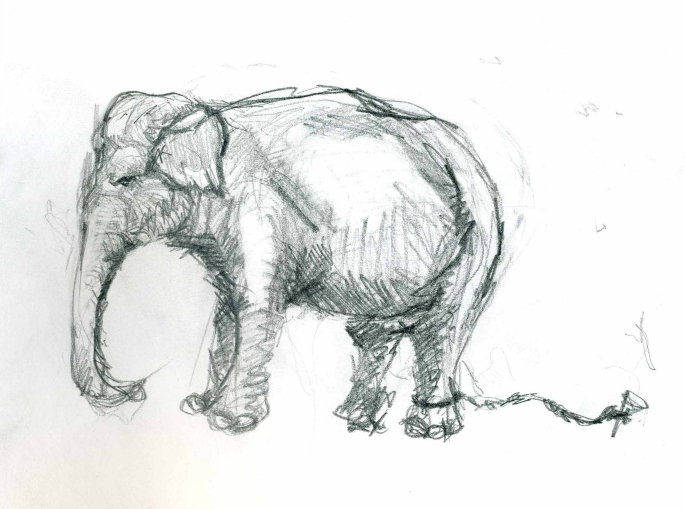