The Importance of Taking Initiative

It’s important to take the initiative when working toward your goals. I remember one evening, I was on my train ride home from work. The train was busier than usual, and it was hard to find a seat. I wondered why there were so many people on the train, and then I saw it. Several passengers were wearing Dallas Stars t-shirts and jerseys. As the train stopped next to the stadium, they all poured out of the train. As I watched them go, I thought to myself, I wish I were going to the Dallas Stars game tonight.

I don’t like to admit it, but this is a lot like my life. Often I kind of float along, expecting the things I want in life to just happen.

You Have to Make It Happen

Here is something I have found to be true over and over again: The things you want in life don’t just happen. You have to make them happen.

Here’s an example from my own life. During my first year of college, I thought making friends was just going to happen. So, I wasn’t proactive about it. I didn’t make much of an effort or initiate relationships. And because of that, friendships didn’t happen, and I was unhappy. I transferred to a different school for my second year, and my friendships were a lot better. What changed? Was the second school just friendlier? Probably not. The difference was me. I knocked on people’s doors, met everyone on my dorm floor, and invited people to do things with me. And it worked. I took the initiative and made it happen.

If there is something about your life that you are unhappy with, or want to change, it won’t just change by itself. It will require initiative and energy on your part to make it happen.

What is one area of your life that you want to take initiative to change? What is one step you could take in that direction? 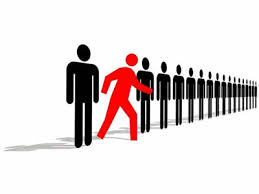