Want to Change Something? Start by Measuring It

Psychologist Everett Worthington, who was my advisor in graduate school, once did a research study comparing two types of therapies for improving people’s marriages. He brought couples into the lab, measured them on a bunch of different things, gave couples a summary of how they were doing, and then randomly assigned couples to receive one of two types of therapy or no therapy (i.e., control group).

The Impact of Testing and Feedback

One of the most interesting findings from the study was 25% of the improvement came simply from going through all the tests at the beginning and receiving feedback on how the marriage was doing.

Let that sink in for a minute. ¼ of the couples’ improvement happened before any therapy occurred at all. The only thing that happened was couples completed a bunch of tests and received feedback on how they were doing.

Often our goals are very general. For example, we might have a goal to get healthier. But if the goal stays at this general level, we are unlikely to succeed. We have to get more specific. For example, one of the most effective interventions for losing weight is to keep a food log and write down everything you put into your mouth. There’s something about having to write down ‘jumbo bag of M&Ms’ that makes it less likely for us to stuff our face with candy.

The conclusion: There was something about the fact that workers were being assessed and measured that increased their productivity, irrespective of the lighting conditions. 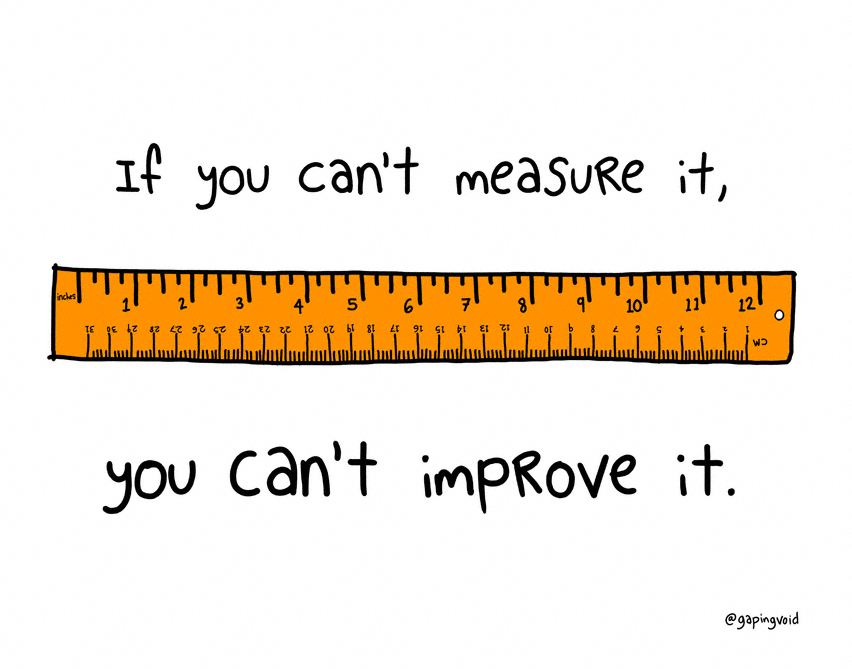