Energy and Persistence Conquer All Things

There’s a quote I love from Benjamin Franklin, one of the founding fathers of our nation: “Energy and persistence conquer all things.”

Searching for a Quarterback

Here’s a simple example from my own life: This was a tough fantasy football season for me. The most challenging position for me to get right this year was quarterback. I drafted Baker Mayfield of the Browns, thinking he was in line to have a breakout season, especially now that he had Odell Beckham Jr. to throw the ball to.

He stunk. After a few games in which he underperformed, I was searching the waiver wire for a new option. I thought I had found a gem in Gardner Minshew of the Jaguars, but eventually the team benched him for Nick Foles. I tried Nick Foles, Daniel Jones, and Sam Darnold. Each of them had a good game here or there, but they were inconsistent. I felt like it might be hopeless to find a good starting quarterback this year.

Finally, I picked up Ryan Tannehill. I didn’t have high hopes, because he has been mediocre throughout his career. But he’s been playing awesome, and he has carried me into the fantasy football playoffs!

Here’s the lesson: If things aren’t going the way you want them to in your life, take action. Apply energy to your situation and see if you can shift something in the right direction. And if the first thing you do doesn’t work, keep trying and don’t give up. Energy and persistence conquer all things. 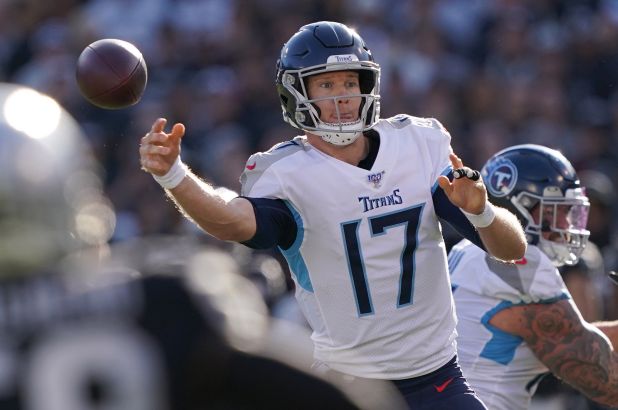