It’s Not Over Till It’s Over

I have had a disappointing fantasy football season. A couple of my guys got injured, and some other guys just didn’t work out. I lost a few close games. All together, it made for a rough season. This past week was the last week of the regular season, and it didn’t look like I was going to make the playoffs.

You’re Telling Me There’s a Chance

But there was still a chance, although it was a small one. I had to win my game, but even then, the chances of making the playoffs were low. There were a few people ahead of me, and they all had to lose. It felt like the stars would have to align for me to make it. There was a part of me that just felt like giving up.

It’s Not Over Till It’s Over

But… it’s not over till it’s over. I did my best, set my lineup, and let the games play out. And you know what? The improbable happened and I made it! I won my game, and the people ahead of me lost their games. I was in—albeit it the #8 seed 🙂

The lesson I took from this is that when things look down, it’s important to stick with it and give it your best shot. When it’s truly over… that’s when you pack it up and move on. But until that point, stick with it.

I think it was Benjamin Franklin who said, “Energy and persistence conquer all things.” Now, this isn’t true in 100% of cases. Sometimes things just don’t work out, and you have to move on to the next thing. But a lot of people quit way too soon. Don’t let that happen to you. Give yourself the best shot to succeed, and stick it out until the end. 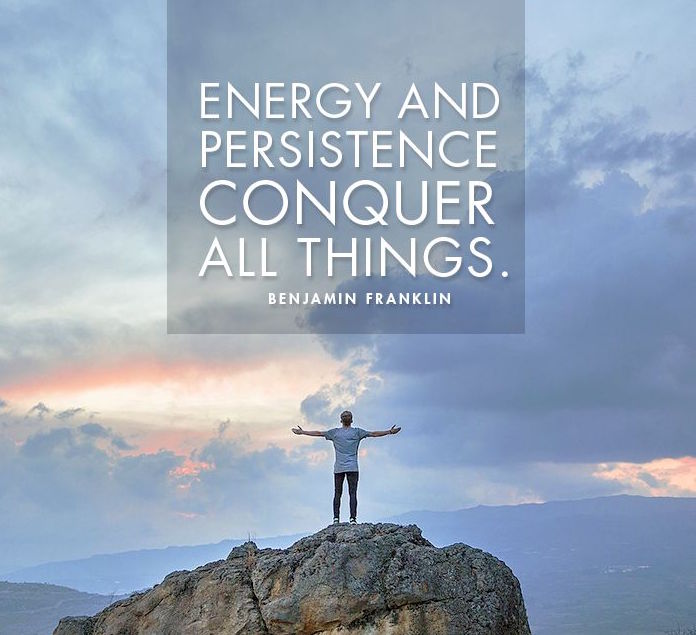