The Tension with Evangelism and Advocacy

When I was in college, I was part of a religious group that was really into evangelism, or telling people about Jesus. We would try to strike up conversations with people we didn’t know, with the goal of telling them about God and hopefully converting them to Christianity.

I always felt a tension around evangelism. Although faith is an important part of my life, it always felt a little forced to try to strike up a conversation with someone I didn’t know and steer the conversation toward religion. It felt like we weren’t on equal footing—I had an agenda and was trying to convince the other person to believe what I believed.

I feel a similar tension around issues related to political differences and social justice advocacy. I care deeply about justice and want everyone to have similar opportunities and treatment in our society, irrespective of their cultural background and identities. At the same time, when I’m involved in discussions around politics or social justice issues, it feels similar. Each person is trying to convince the other side that they are correct. We tend to speak past each other. We have an agenda.

I don’t know that I have ever changed my mind about something because someone tried to convince me their perspective was correct. It just doesn’t usually happen that way for me. When I have changed my mind about something, usually I am in relationship with someone and we can have open conversations and discussions, without an agenda. As a result of these discussions, I might be prompted to think about the issue in a new way, or do some research on my own. Over time, I might change my position.

I think we need to change our goal from conversion to conversation. Open conversation and discussion are good things. I enjoy talking about ideas and hearing different perspectives. But when I sense that the other person’s goal is to change my mind, I usually become defensive. I tend to bring up arguments to rebut the person’s position, instead of genuinely listening with an open mind. I don’t think I’m alone in this—I think it is part of human nature.

The tough thing is that it’s difficult to be okay with conversation as the end goal. Each of us cares deeply about various issues. These things are important to us, and we think the world would be a better place if everyone agreed with us. It feels bad to end a conversation with the other person still disagreeing with us. There’s a desire to press, to try to change the other person’s mind. But the reality is that it doesn’t usually work. Instead of conversion, let conversation be your end goal and see what happens. 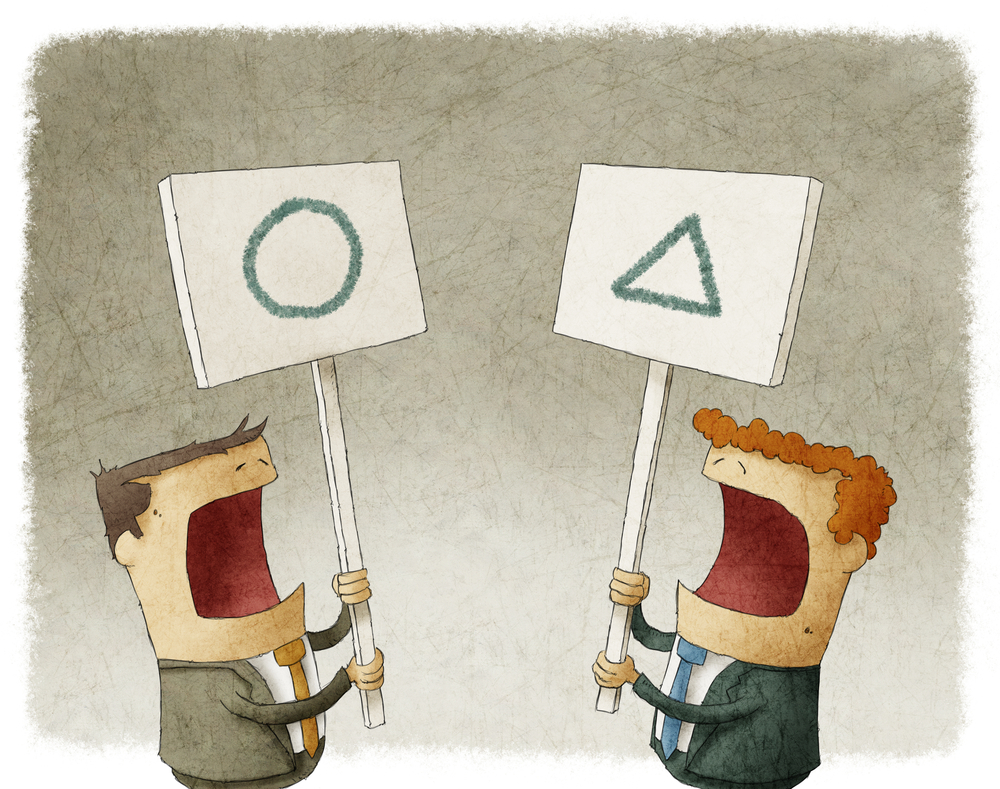