When We Want Handwriting on the Wall

I remember one time when I was in college, I was struggling with a major life decision. It had to do with a girl, and I was stressed out because I didn’t know if I should move forward with the relationship or not. I was desperately praying to God for guidance, but I felt like I wasn’t getting any sense of direction.

I remember talking with my dad about it, and I kept saying I just wanted to know God’s will for this situation. I had this idea that there was one “right” answer to my dilemma, and if I could just figure out the right answer somehow, all my problems would go away and my life would run smoothly.

Handwriting on the Wall

At one point, I told my dad I just wished God would give me “handwriting on the wall” to tell me what to do.

My dad’s response was priceless: “You know that only happened one time in the Bible, and the guy died right afterward.”

I was so shocked, I had to look up the passage for myself. The story happens in the fifth chapter of Daniel. King Belshazzar is giving an extravagant banquet for all his nobles, wives and concubines. They bring out the gold and silver goblets that his father Nebuchadnezzar had taken from the temple in Jerusalem to drink from. (That’s a no-no, by the way.) Then it happens:

Suddenly the fingers of a human hand appeared and wrote on the plaster of the wall, near the lampstand in the royal palace. The king watched the hand as it wrote. His face turned pale and he was so frightened that his legs became weak and his knees were knocking (Daniel 5:5-6).

The king summoned all his wise men to try to read the handwriting on the wall, but no one could do it. Finally, someone recommends the king ask Daniel to interpret the writing. Sure enough, Daniel arrives on the scene and interprets the handwriting:

“Here is what these words mean: God has numbered the days of your reign and brought it to an end. You have been weighted on the scales and found wanting. Your kingdom is divided and given to the Medes and Persians.”

That very night Belshazzar, king of the Babylonians, was slain, and Darius the Mede took over the kingdom, at the age of sixty-two (Daniel 5: 26-28, 30).

My dad was right! The person who received handwriting on the wall DID die right afterward.

Dealing with an Uncertain Future

It’s tough to deal with an uncertain future. Sometimes we’re so anxious and worried about our lives, we want to know all the next steps in advance. But I don’t think that’s how God works. He doesn’t give us a formula so we can have the most comfortable life possible. Instead, he wants us to develop a trusting relationship with him and walk through life side-by-side.

Grateful for It All

I was listening to Eugene Cho give a talk, and he said he was actually glad God DIDN’T give him all his next steps in advance. Not everything in his life has been perfect, but even the difficult times were instrumental in helping him be the person he is today. It wasn’t always a smooth ride, but he wouldn’t trade it for anything.

If you find yourself feeling anxious about tomorrow, stop and press the pause button. What might God be teaching you in this time of uncertainty and struggle? How might your character be growing and developing even in the midst of this challenge? Can you trust God and move forward in faith, even if you don’t know all the exact next steps? 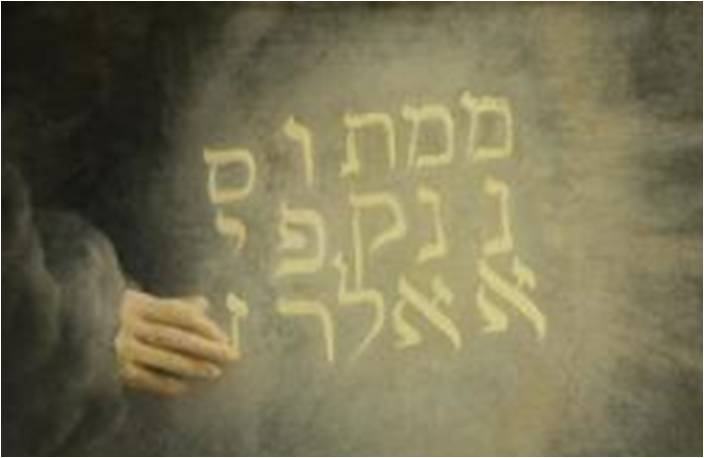