Why Problems are a Good Thing

Most of the time, we think of problems in our lives as a bad thing. We want to remove or get rid of our problems. I think this is a natural tendency—problems can cause pain, stress, and anxiety. These can be unpleasant emotions, and it’s natural to want to get rid of them.

Here’s the thing we can miss: Tackling big problems often means we are doing something meaningful with our lives. Take a few minutes and think about your heroes. Who do you look up to the most? It might be someone close to you, like a parent or mentor. Or it might be someone you have admired from afar, or even someone from history.

What were their lives like? What do you admire so much about them? If you’re like most people, our heroes became our heroes because they tackled big problems and succeeded in the face of adversity. For example…

My grandfather, who sailed around the world in the Merchant Marines, and then came back and built his own successful business from nothing.

Abraham Lincoln, who made great strides to end slavery, showed bravery in his leadership as president of the United States, stood up for what he believed in spite of overwhelming odds, and ended up losing his life in the process.

Mother Teresa, who gave up everything to serve the poor and destitute in India, truly sacrificing her time, energy, and talents to love and care for the “least of these.”

Our heroes didn’t become heroes because they had zero problems, and could sit around and watch television all day. Our heroes were active, engaged, and faced the biggest problems the world had to offer head-on. They didn’t shy away from problems—they actually pursued them like a hunter stalks his prey. When the problems seemed too big, our heroes rose to the occasion and did what needed to be done. 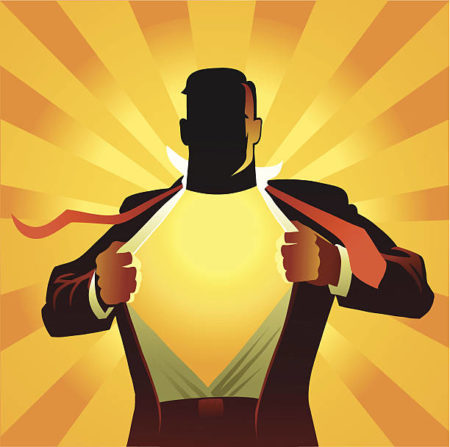