The Gospel as Kingdom of God

There are two different ways that people think about and define the Gospel. First, some people think about the Gospel as the kingdom of God. In other words, Jesus is offering something new and exciting to his listeners right now. No longer are we subject to the way the world operates, which involves the abuse of power, oppression, and injustice. Instead, Jesus is ushering in a new kingdom, one that is defined by love for one’s neighbor, justice, humility, and faithfulness. We have the opportunity to partner with Jesus to help make this new kingdom a reality.

In the Gospel of Mark, Jesus begins his ministry by announcing the Gospel or Good News. After John was put in prison, Jesus went into Galilee, proclaiming the good news of God. “The time has come,” he said. “The kingdom of God has come near. Repent and believe the good news!” (Mark 1:14-15).

The Gospel as Forgiveness of Sin and Eternal Life

The second way to think about the Gospel has to do with believing in Jesus for the forgiveness of sins and eternal life. In other words, there was something about the death and resurrection of Jesus that makes it possible for us to be forgiven of our sins, and experience eternal life forever with God in heaven.

This picture of the Gospel is illustrated in the Gospel of John. For God so loved the world that he gave his one and only Son, that whoever believes in him shall not perish but have eternal life. For God did not send his Son into the world to condemn the world, but to save the world through him (John 3:16-17).

We Prioritize One Gospel

As Christians, we tend to prioritize one Gospel over the other. But disregarding one of these aspects of the Gospel can lead to problems. If we prioritize the kingdom of God, but disregard the death and resurrection of Jesus, we risk losing hope, because some aspects of our world appear broken and beyond repair. What do we do when we fail to see the kingdom of God prevail? What hope is there in death?

However, if we prioritize the death and resurrection of Jesus, but disregard the kingdom of God, we risk becoming impotent and losing motivation to actually improve the world around us. We are called to be the hands and feet of Jesus and love and care for a world that is in desperate need. But to follow the example of Jesus, we have to get our hands dirty. We can’t have our head in the clouds, waiting for eternal life to begin at some point in the future.

Good News for Now AND Later

When Jesus arrived on the scene, he proclaimed the Gospel. This was considered good news for his listeners. But today, I think we’ve lost some of that. Many people don’t see the story of Jesus as good news for them. This is part of the reason why young people are leaving the church in record numbers. We need to reclaim the Gospel. Christianity needs to be good news, both for now AND later. 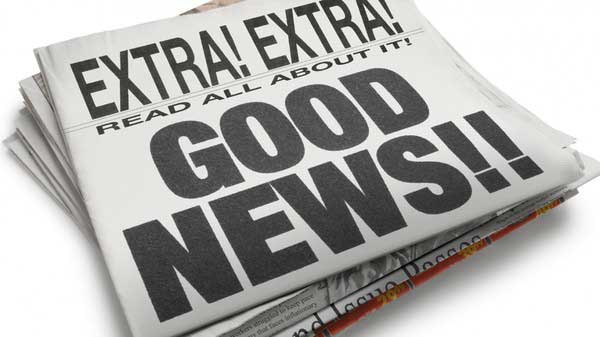