Have you ever felt disqualified?

Maybe your boss asked you to do something at your job, and you felt like you weren’t up to the task. Or perhaps you felt a calling to do something at your church, or serve a particular group of people, but you didn’t think you would be able to do it. Or maybe you longed to be in a relationship with someone, but you didn’t feel worthy of that person’s love.

It can be tough to feel disqualified. But the good news is, you’re in good company. The Bible is full of stories of how God used people  in awesome ways who thought they were “disqualified.”

For example, Rahab was a prostitute who helped the Israelites capture the city of Jericho. She is listed as one of the ancestors of Jesus, and is mentioned as an example of living by faith and doing good works. She may have thought she was disqualified because of her profession or her past, but God had other ideas.

Or consider the story of Samuel, who was instructed by God to anoint a son of Jesse to be king. David was the youngest of Jesse’s sons. When Samuel arrives, David’s family leaves him out in the fields tending to the sheep. They thought God wouldn’t choose the smallest and youngest son. He wasn’t qualified. When Samuel sees one of Jesse’s older sons and thinks he’s the one, God tells him not to consider his appearance and height, for the Lord looks at the heart. Even though he was the youngest son, David ends up becoming a great king and leader.

Yet another story is that of Moses. When God called him to lead the Israelites out of slavery in Egypt, Moses resisted. Part of the problem was that Moses felt disqualified. He tells God that he doesn’t speak well, and has always been “slow of speech and tongue.” Moses eventually becomes one of the great leaders in Israel’s history.

It’s okay if you feel disqualified. God doesn’t call an A-team of the best and brightest. Instead, God qualifies the disqualified.

Is there an area in your life where you feel disqualified? How could you trust God to qualify you in this area of your life? 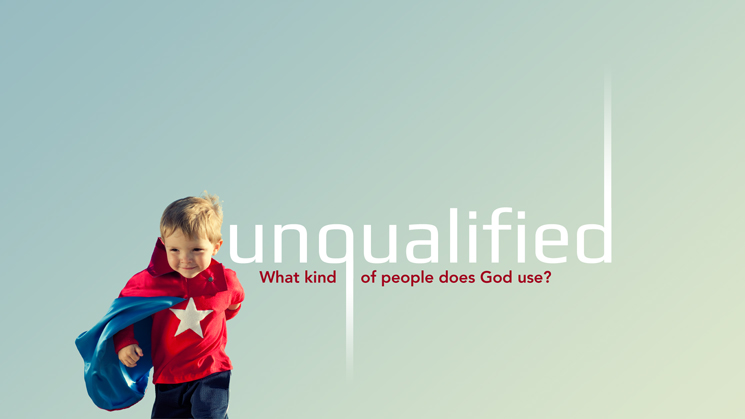