Time for a Reboot

I was listening to a talk by Joel Osteen the other day, and he talked about how it’s important to be open to the new things God is doing in our lives and the world. In other words, it might be time for a reboot.

Have you ever had the experience where your phone or computer is being sluggish, and there is a new software update to download? The new software fixes problems or bugs, and helps the computer run more efficiently. Operating systems are always being updated and improved, so it’s important to download the update when it becomes available.

I don’t know about you, but sometimes I don’t download the update right away. For whatever reason, I just don’t do it. I put it off. It doesn’t usually take too long before my computer starts to have problems.

Animal Sacrifices and the Temple Curtain

In a similar way, God doesn’t always work or move in the same way that he has in the past. A great example of this is when Jesus came on the scene. Before Jesus, people couldn’t engage with God directly. They had to go through a mediator, the priest, who would offer animal sacrifices on their behalf. In the temple, God was believed to dwell in a specific place called the Holiest of Holies. Only the high priest was allowed to go into that room, and only once per year.

When Jesus died, the Bible says that the curtain that separated the Holiest of Holies from the rest of the temple was ripped in two. This signifies that the barrier between us and God was broken. Because of Jesus, we can engage with God directly. We don’t need a mediator and we don’t need to continue to offer animal sacrifices.

Pretty soon after the curtain was torn in two, the leaders of the temple repaired the curtain and put it back into place. God was doing something new, but they didn’t want to be part of it. They didn’t want to download the new operating system, because they wanted things to go back to the way they were before.

What is God Doing Now?

Don’t get stuck assuming God will always work or move in the same way that he has in the past. Ask God for a fresh perspective, and be on the lookout for what he is doing now. This might require some changes on your part. It might require a reboot, but that’s okay. Change isn’t always a bad thing. 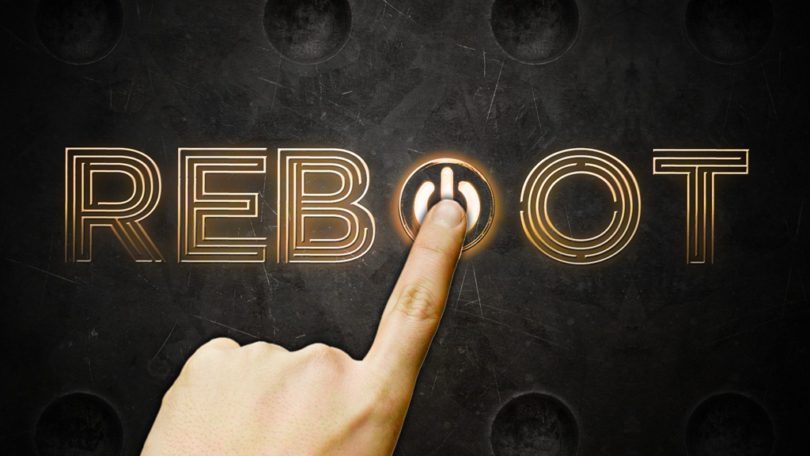