Sometimes you can experience a breakthrough by doing the opposite of what you normally do.

Stuck in a Pattern

As humans, we have a tendency to get into patterns of thinking, feeling, and behaving. Some of these patterns are necessary and good. For example, pretty much every day I get up, have a cup of coffee, and go to the gym. I think through what I have to do for the day, and go to work. Etc.

But some patterns can be problematic. For example, growing up I was overweight. I got in a pattern of thinking that no girls were attracted to me, and I didn’t have what it took to initiate dating relationships with women. Even when I lost weight and got in shape, that pattern of thinking was still with me.

I see this all the time when I talk with folks about an area of their lives they want to change, or experience healing and growth. They want to change, but they feel like they can’t. They are stuck in a pattern of thinking, feeling, and behaving that they can’t seem to get out of. It has become their reality. It’s all they know.

What is one pattern or tendency you find yourself caught in, that you would like to change? What would be its opposite? What is one thing you could do this week that would involve doing the opposite in this area of your life? 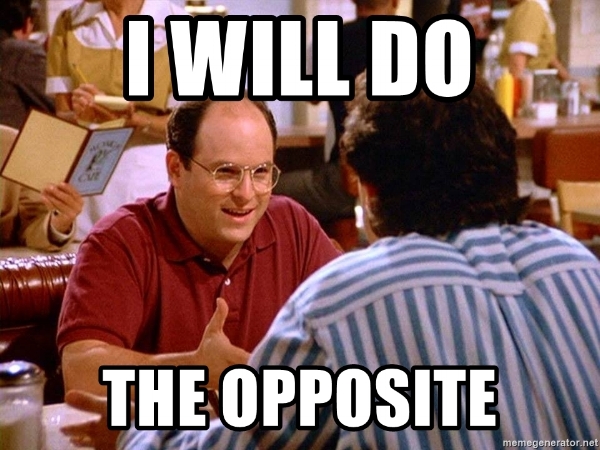